Why No State IOUs? There Is Cash On Hand 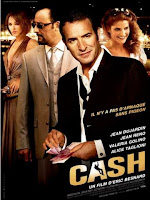 You may be wondering why last summer at this time the state was issuing IOUs and this summer it isn’t – despite a budget crisis. Note first that last summer a budget was in place. One had been enacted in February 2009 and, despite voter rejection of various budget-related propositions in May 2009, there was authorization to spend. This time we have no budget so some payments are not being made – which saves cash. The state controller has just issued his report for July 2010. The state has on hand roughly $6 billion in “unused borrowable resources” compared to $2 billion at the end of last July. Such “resources” are cash in various state funds outside the general fund which he is able to borrow internally. When the controller gets down to around $2 billion, he begins to delay payments and issue IOUs. So right now that isn’t happening.
The report indicates disbursements are down by about $800 million, mainly to the local government level – which probably reflects some of the payments not being made due to the absence of a budget. Disbursements to the state level are up, but that appears to be mainly because last July the controller withheld over $700 million that was owed to CSU which he isn’t doing this time. There is also a non-governmental “advance” of $1 billion to Medi-Cal providers this year that did not occur last year. A footnote explains that the controller is not authorized to pay such bills directly but because of federal requirements that the state assumed under the stimulus program, he has to release the funds anyway in some form.
The controller’s report is at:
http://sco.ca.gov/Press-Releases/2010/08-10summary.pdf
Posted by California Policy Issues at 11:48 AM