Texas Goes for the Gold as an Investment; UC Is Unlikely to Do So 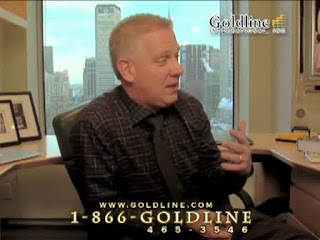 Inside Higher Ed reports that the University of Texas is investing part of its portfolio in gold, ostensibly as a hedge against inflation. It is unlikely that UC will follow that route. As the article notes, a possible explanation for the U of Texas decision is the idea favored in conservative circles - and particularly enhanced by Glenn Beck's promotion of gold sales on Fox - that the US economy is about to experience a wave of inflation.

There is in fact an indicator of what financial markets expect in the way of inflation over the next decade. The difference in yield between a conventional 10-year US Treasury bond and an inflation-adjusted 10-year US Treasury bond is a measure of market expectations of inflation. That number has varied around 2% per annum - it is currently below 2% - since the big financial collapse of 2008. At the bottom of the collapse at the end of 2008, the number was briefly zero due to fear of another Great Depression.

There is likely to be discussion of the UC pension portfolio in the wake of the release of the Post-Employment Benefits Task Force majority and minority reports. (See earlier posts.) An important point to note, as pointed out in the minority report, is that if there had not been a two-decade-long contribution holiday to the UC pension, even with the financial collapse, the plan would have been more than fully funded at present. So while the financial collapse brought the issue of pension funding at UC into sharper focus, the key cause of the current underfunding was the contribution holiday. Portfolio issues are interesting, of course. But the lesson is that it is important to contribute the "normal cost" each year to the plan to keep it properly funded, even in the face of market fluctuations.

Below are excerpts from the Inside Higher Ed piece:

News that the investment arm of the University of Texas has started buying up gold is validating the concerns of some analysts who fear high inflation and increasing U.S. debt will wreak havoc on other more commonly held endowment securities, such as bonds.

The University of Texas Investment Management Company (UTIMCO) announced last month that it would move $500 million into gold. While that constitutes just 3 percent of the $22.3 billion in assets UTIMCO controls, it’s a marked shift in strategy for a management company that had no gold in its portfolio a year ago...

Given the fact that a gold investment strategy is predicated on the idea that the dollar is declining and the nation is too deep in debt, some have described the gaga for gold trend gripping the conservative movement – see Glenn Beck – as ideologically driven.

If you want a scholarly take on gold and why the US (and the rest of the world) has long been off the gold standard, try my history at http://www.anderson.ucla.edu/documents/areas/fac/hrob/mitchell_gold.pdf
UPDATE: http://blogs.laweekly.com/informer/media/santa-monica-based-glenn-beck/

And for further background on the current gold fascination:

LOL YEA!!! THERE ALL CRAZY!

PLEASE RETURN TO YOUR FOOTBALL AND REALITY TELEVISION!

TRUST THE GOVERNMENT, THERE IS NO INFLATION!

AFTER HUGO CHAVEZ GOT HIS!!!

Nothing But Crazies! TRUST THE US GOVERNMENT- You RETARDED Academics!