Regents: The Bell is Ringing - UC Needs a Pension Solution 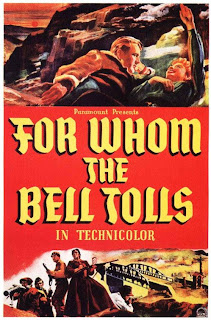 Yesterday, I noted that events are threatening to overtake the Regents on pension funding if they do not have a plan in place by the time the next governor takes over. Even the recent scandal in the City of Bell - vastly overpaid and corrupt city officials - is pushing the pension agenda. In today's LA Times, Steve Lopez has a column entitled "Maybe we should thank Bell's Rizzo for shedding light on pension excesses." You can find it at:

Here is a quote: "Both candidates for governor, Meg Whitman and Jerry Brown, have made pension reform proposals for state employees. Fritz likes some of their ideas, but she thinks we need even bigger changes, and they need to extend to all public employees." Fritz is Marcia Fritz, a spokesperson for the California Foundation for Fiscal Responsibility. The Lopez column makes no effort to determine who runs that Foundation, where its money comes from, etc. But note that "all public employees" would include UC.

We are already in August and the new governor takes office in January. For the Regents to have a position, UCOP needs to have a position. UCOP is officially waiting for a report from the Post-Employment Benefits Task Force. Once there is a report, the Academic Senate is likely to want to have time to evaluate the recommendations. Unfortunately, the UC timetable is not in line with the political timetable.

UPDATE: The LA Business Journal has an article on local business pressure for public pension reform at:

UPDATE: KCRW's "Which Way LA?" program has a discussion of the Bell pension issue. Download it at: