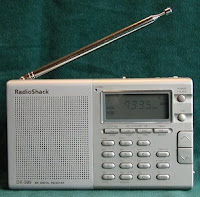 The latest radio ad from gubernatorial candidate Meg Whitman proposes adding $1 billion to the budget for UC and CSU. The money is to be obtained from reductions in welfare spending by tightening up the welfare program. Click on the video at the bottom of this post (the big round circle in the center) to hear the ad.

Joe Mathews, author of the Schwarzenegger bio book, “The People’s Machine,” critiques the ad at http://www.nbclosangeles.com/blogs/prop-zero/A-Meg-Idea-That-Doesnt-Add-Up-101817413.html

Excerpt from Mathews: Meg Whitman's new radio ad features what sounds like a good idea: Take $1 billion from what she describes as California's bloated welfare case loads and give it to the University of California and California State University systems.

The problem? There isn't $1 billion in welfare to grab. The entire state welfare-to-work program, known as CalWORKS, is a $1.6 billion. Plus, if Gov. Schwarzenegger gets in his way, the program will be shut down (he has proposed just that in the current budget stalemate).

(IMPORTANT ADD: A campaign spokesman notes that Whitman's policy book says that the $1 billion would come from savings to welfare and other budget reforms.)

Even if CalWORKS sticks around, Whitman is basing her ability to find $1 billion in savings on a selective reading of statistics. Her campaign policy plan points to a figure that only 22 percent of able-bodied work eligible welfare recipients are working for their benefits in California. So eliminate the rest of the recipients and there's a billion dollars. She also notes that California has high caseloads, which she proposes to cut by aligning California's welfare rules with those of other states.

If only savings were that easy. California's higher caseloads are mostly a mirage, which reflect how the state counts people on the rolls. CalWORKS keeps people on board at lower rates even after they secure low-income work. Other states do it but use different accounting and thus do not count families on their caseloads...