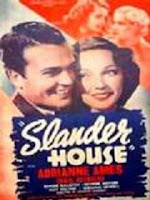 An interesting essay appeared today in Inside Higher Ed on the consequences of a student posting a brief YouTube clip of a professor's lecture with an apparently false interpretation of what was said. See http://www.insidehighered.com/views/2010/08/10/walling

Apart from the details of that particular case, anyone can easily make an audio or video of a lecture nowadays - especially the former - without asking permission and can then post excerpts online. The essay above suggests that if something like this were to occur at UCLA, campus administrators need to take a deep breath before taking action. A more delicate issue involves anonymous comments in the student surveys that are routinely taken at the end of courses. Comments that suggest behavior that violates university standards should not just be included in official personnel files because someone wrote them on a form. But having served on CAP and numerous ad hoc promotion committees, I can tell you that seems to be the policy - and such comments can influence personnel decisions. Perhaps this problem predates the Internet. Just an observation.
Posted by California Policy Issues at 8:58 AM