More on the Edley Online Plan for UC 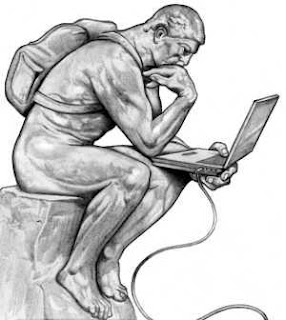 Insider Higher Ed has a lengthy story today on Dean Edley's proposal for an online UC degree program at:

Much of the news surrounding the University of California system has involved whether the network of universities will be able to survive its current budgetary crisis without shrinking in size or quality. In that context, it is no surprise that Christopher Edley Jr.’s plan to use online education to expand the university’s footprint “from Kentucky to Kuala Lumpur” has turned some heads -- and churned some stomachs.

Edley, dean of the law school at the University of California at Berkeley, has been using his position as co-chair of the education and curriculum working group for the UC Commission on the Future to advocate for an ambitious expansion of the system’s online arm that could eventually include fully-online bachelor's degree programs designed to rake in hundreds of millions of dollars.

California is not the only state eyeing online education as a way to increase access and cut costs. But while many states are looking to use the popular medium to reach adult learners or save money at non-elite institutions, the University of California is a top-shelf research university that boasts one of the country's most competitive undergraduate programs. If the system does end up offering an online bachelor's degree, it would be a big step for online education.

Edley's idea is still in its early stages and has not been adopted into any strategic plan. The University of California Board of Regents has offered only informal, preliminary support, and the systemwide Faculty Senate has approved only a pilot program for 25 to 40 low-level, high-volume courses -- not a full-blown online degree program. Still, the rhetoric and sprawling, transformative vision Edley has been pushing have been received favorably by some while eliciting alarmed responses from others.
Posted by California Policy Issues at 6:39 AM

my web blog ... how much does an accountant charge for a tax return