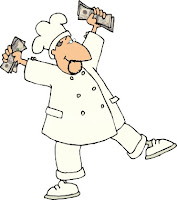 Ever wonder why UC doesn’t have more influence in Sacramento. California’s Capitol, a website devoted to goings on in Sacramento, recently posted the memo excerpted below from the California Restaurant Association which suggests the gastronomic link to having such influence.

These have been hard times for restaurant owners. Even though California’s more than 61,000 restaurants employ more than 1 million people, the current economic slump has hurt business and caused closures throughout the state, particularly those areas hardest hit by the housing market meltdown.

However, our Sacramento chapter, particularly its downtown members, appears to have hit on a winning business strategy that can, to some extent, be replicated elsewhere in the state.

For Sacramento downtown restaurants, August is shaping up to be a banner month. And, for a change, it’s something positive being done by government.

August is the final month of the state Legislature’s 2010 session. Hundreds of pieces of legislation affecting dozens of industries are pending. An even-numbered year means that half of the 40-member Senate and all 80 seats in the Assembly will appear on the November ballot.

While lawmakers have been repeatedly chided for soliciting campaign contributions from interest groups and trade associations — including us – who have issues pending before them, they persist in cramming their final 20 working days of the year with fundraising events.

And that is good for us.

For example, today, August 10, at least 11 fundraisers are scheduled at nine venues: eight cocktail receptions, two breakfasts and one lunch. Most of the restaurants are located near the Capitol but one, The Kitchen, is in the Arden Arcade area, a 10 to 15 minute drive from downtown. It boasts two simultaneous 6:00 p.m. events.