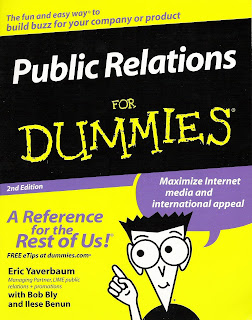 University to Manage Home Costs of President
By STEVE FAINARU

The University of California has appointed an official to manage spending and operations at President Mark G. Yudof’s new private residence, after Mr. Yudof ran up nearly $700,000 in expenses and involved senior university officials in time-consuming personal matters over a rented mansion in the Oakland Hills.

University officials said the action was necessary because of a lack of oversight and accountability during Mr. Yudof’s two-year stay at the Oakland property.

The announcement came after The Bay Citizen disclosed the costly housing ordeal last week, provoking criticism at a time when the 10-campus U.C. system is facing one of the worst financial crises in its history.

“Here you literally have wasted hundreds of thousands of dollars that could have gone into student scholarships, reduction of fees — whatever — to educate more students in California,” said Leland Yee, a Democratic state senator from San Francisco who has been critical of Mr. Yudof’s management of the U.C.

Mr. Yudof moved into a smaller house in Lafayette last month after failing to obtain a last-minute lease extension in Oakland. His hurried exit left behind tens of thousands of dollars in damage to the house, according to the owner, who is seeking payment from the university.

U.C. officials said Karren Jamaca had been assigned to handle the university’s relationship with the new landlord and to pay vendors, in addition to other matters. Ms. Jamaca’s role overseeing Mr. Yudof’s residence will be similar to her management of three other university facilities.

“The biggest thing is to establish a clear line of authority, clear up confusion and provide more accountability on the house,” said Nathan Brostrom, executive vice president for business operations at the university.

After being hired in 2008 from the University of Texas, where he served as chancellor for six years, Mr. Yudof opted not to live at Blake House, the university’s traditional presidential residence, which is in need of repairs. Instead, he and his wife moved into the 16-room Oakland house. The U.C. paid the $13,365 monthly rent out of a private endowment, officials said.

In one expense, the university spent nearly $20,000 — including $530.04 an hour in overtime — to fix an indoor elevator that the landlord said was under warranty and could have been repaired at no charge.

Lynn Tierney, a university spokeswoman, said she had been advised by the U.C. general counsel not to discuss specific actions taken at the house because of possible mediation or litigation with the landlord, Brennan Mulligan, who has kept the university’s $32,100 security deposit.

The university reached a tentative settlement with Mr. Mulligan that would have allowed him to keep the security deposit and receive an additional $19,759.05, but Mr. Yudof killed that deal because he said the terms were “outrageous and ridiculous.”

The university is now disputing some of the charges, including the cost to repair the elevator.

===
(See the earlier post on this matter.)
Posted by UCLA Faculty Association at 8:56 AM