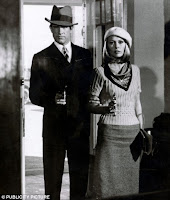 The rhetoric around public pensions in California is heating up, as the excerpt below from a longer piece at http://blogs.kqed.org/capitalnotes/2010/08/24/budget-55-robbed-blind/#more-6347 suggests. As indicated in my previous posts on this issue, all of this rhetoric on pensions points to the need for a Regental plan for UCRS to be in place before the next governor takes over. But, of course, it matters what this plan will be. Note that the 1999 law which the governor decries below did not deal with UC's pension. So we are potentially being pulled into a CalPERS issue.

You never can tell whether a ratcheting up of rhetoric in the annual budget impasse means the fight is escalating... or coming to an end. Either way, things are getting ugly... just take today's assertion by Governor Arnold Schwarzenegger that public employees, via their pensions, are stealing precious dollars from those who need them the most.

"They're being robbed blind by the pensions of public employees," said Schwarzenegger. The governor made that comment in the latest stop on his circuit of business groups during the impasse, at at event in Santa Barbara County to speak to the Goleta Valley Chamber of Commerce. As of this morning, the current impasse is the second longest since the governor took office in 2003 and the fourth longest in state history. Schwarzenegger used much of the event to lament what he sees as excessive spending on public employees -- a topic which seems to have become the focal point of what he wants before signing a new budget into law. Today he reiterated the administration's demand for repeal of the 1999 law modifying employee pensions as a condition for agreeing to a budget.
-----
UPDATE: Another version of the governor's remarks is at http://blogs.sacbee.com/capitolalertlatest/2010/08/in-talk-with-business-leaders.html
-----
UPDATE: An oddity this week is that vague media reports have been circulating that the governor has a plan to borrow $2 billion from CalPERS out of savings from future pension reform deals. No one quite knows the details except that the reports seem to undermine his message about pension underfunding. For an example of such a report, see http://www.nbclosangeles.com/blogs/prop-zero/Arnolds-Pension-Self-Sabotage-101394739.html

Meanwhile, while waiting for your pension, something to ponder: