This Could Never Happen at UCLA Given Our Moral Minds 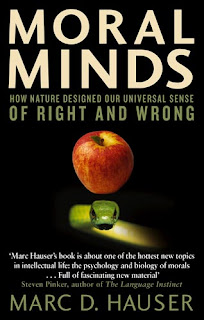 Hours later, Dr. Hauser, a rising star for his explorations into cognition and morality, made his first public statement since news of the inquiry emerged last week, telling The New York Times, “I acknowledge that I made some significant mistakes” and saying he was “deeply sorry for the problems this case had caused to my students, my colleagues and my university.”

Dr. Hauser is a leader in the field of animal and human cognition, and in 2006 wrote a well-received book, “Moral Minds: How Nature Designed Our Universal Sense of Right and Wrong.” Harvard’s findings against him, if sustained, may cast a shadow over the broad field of scientific research that depended on the particular research technique often used in his experiments.