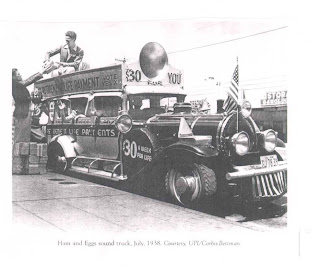 There are folks out there who are convinced they have the solution for public pension plans in California and maybe the universe. They are pushing something called cash balance (CB) plans. These are in contrast to defined benefit (DB) plans, such as the UC basic pension, and defined contribution (DC) plans (which UC had until recently as a supplement).

So let's start with definitions. A DC plan means the employer puts in a particular contribution, say, a percent of pay each period. (There may be employee contributions, too, also defined. The UC version of DC had only employee contributions.) The employee in effect accumulates a tax-favored savings account which he/she can take on retirement. Typically, the employee is offered various investment vehicles such as a bond fund, a stock fund, etc. The employee manages the investment and on retirement has a lump sum of cash which may be big or small, depending on the investment outcomes. At that point, he/she can draw down the cash or buy a commercial annuity. What that annuity would provide as a monthly benefit would depend on such factors as market interest rates at that time. Bottom line: The employer takes no risk and makes no guarantee of what the pension will be worth at retirement. A DC plan, therefore, can never be "underfunded" since it is what it is. A DC plan has no particular incentive for employees to stay or to retire built in. If you stay, you keep accumulating. If you leave, you can take the amount in the account with you.

In a defined benefit (DB) plan, the employer creates a formula - typically based on age, service, and wage history - which then determines an employee's monthly benefit on retirement. The employer must have the funding necessary to fulfill the promised benefit. It does so with a combination of employer and employee contributions to a trust fund. The investment risk is on the employer under DB. Thus, a DB plan can become underfunded if not enough has been put away over time to pay promised benefits. DB plans create definite incentives to stay and to retire. The usual formulas start to benefit employees in mid-to-late career. So they provide an incentive to stay rather than miss the period in which the benefit entitlement escalates. On the other hand, at around retirement age, DB plans create an incentive to retire. Each year you stay on the job is one year less of pension you will collect. And the formula escalation stops around retirement age. It appears that universities with DC plans (such as TIAA-CREF) have a problem in inducing retirement among tenured faculty relative to universities such as UC with DB plans.

There are many voices, typically on the conservative side of the political spectrum, calling for replacement of public DB with DC plans, so that the government/employer will carry no risk of underfunding. This sort of shift has occurred in the private sector in recent decades.

Cash balance advocates claim they have a middle course, a compromise between DB and DC which public employers should adopt. A cash balance plan is essentially an ersatz DC plan but with a guaranteed rate of return. The employer guarantees the return, say 5% per annum, to the defined contribution. If the plan were to earn less than the guarantee, the employer would be responsible for obtaining the missing money. So a CB plan can be underfunded. There is no guarantee, however, as to what kind of annuity the resulting cash would buy on retirement. Again, that would depend on the commercial market for annuities and factors such as interest rates at that time. In fact, if the employer wants to minimize its exposure to risk, it will make the guaranteed return low. Like a DC plan, there is no particular incentive to retire since staying just adds to the accumulation. Some private employers, such as IBM, have substituted CB plans for DB, to the consternation of their longer-service workers. But litigation suggests that such switches can be made legally. (There was litigation over the IBM switch, for example.)

For UC, CB and DC are really bad choices. But the CB folks seem to be plugging their plan for the public sector shamelessly. A recent example can be found at:

The above reference actually seems to praise the "Ham and Eggs" pension plan initiative on the California ballot in 1938 and 1939. Ham and Eggs promised every Californian over age 50 $30 Every Thursday, a considerable sum in those days, to be financed by a new California currency. If that seems wacky to you, you are right. The plan was put forward by con artists who collected money as dues from vulnerable seniors who belonged to Ham and Eggs clubs around the state. If you are interested in a short version of its history, you can read:

But the proponents of CB mistakenly seem to put forward the Ham and Eggs plan as an example of what they are proposing when it was not. $30 a week is in fact a defined benefit. What could be more definite than a guarantee of $30?

The article also asserts that the employer carries no risk in CB. Not so. As noted, a CB plan can be underfunded. It can avoid underfunding only by offering a rate of return so low that it is virtually impossible to earn less.

The Regents will soon be looking at issues related to the UC pension and probably some kind of two-tier approach for new hires. Let's hope they don't get on the CB kick.
Posted by California Policy Issues at 10:26 AM

As an example of the very real difference between defined pension plans and the DC (TIAA-CREF) plan is the very real difference between me as a UC faculty and my wife as an upper level administrator at a nearby art college. I've been working at UCB for over 21 years with the defined pension, and my wife has been working at a private art college down the street with the TIAA-CREF DC plan. She, for most of that time, has contributed the maximum to that 403B and has made approximately the same salary, although in the last few years I surpassed the boundary step and surpassed her a bit. Now that we're retiring, she will annuitize her 403B (all that was available by the way) and I will draw my pension from UC and get over twice what she will get with an annuitized DC plan she has.

It's much better, as you intimated to have many contributors rather than one. The conservative mantra that "it's your right to do what you want with YOUR money" is stupid unless you make a lot of money. Ever notice that the people that are crying that government pensions are a "tax" on the people of California are multi-millionaires or billionaires who hardly need a pension?

Binary Options is the way to [url=http://www.brokersring.com/]make money[/url] securely online