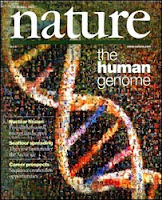 It appears the University of California is no longer contemplating a boycott of the esteemed science journal Nature.

In a statement released Wednesday by the University of California and Nature Publishing Group, the entities announced "an agreement to work together to address the current licensing challenges as well as the larger issues of sustainability in the scholarly communication process."

This June there had been rumblings that the massive university system might consider a publishing boycott if Nature's proposed hike in prices -- as much as 300% -- went through. UC is home to ten campuses with over 100 libraries. In a memo sent out June 4, three UC officials noted that the increase "would raise our cost for their 67 journals by well over $1 million dollars per year."