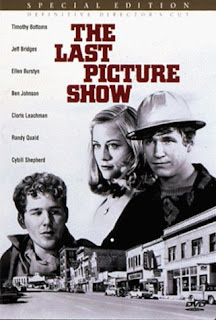 The art deco Majestic Crest Theater - just south of UCLA - has been staggering from financial crisis to financial crisis for years. It is apparently about to close. If you have never been inside and seen the wall murals of Westwood past and Hollywood past, this is your last chance. From the Theater's website:

The Majestic Crest has a long and fascinating history as one of the true landmark single screen theatres in the country. By 2002, sagging box office returns and an overzealous landowner almost brought an end to the magic. The cinema was in danger of being converted into an adult film venue, a swap meet site, or a church. In the face of these events, a single-screen theatre owner from the community, Robert Bucksbaum, purchased the building and arranged to take over theatre operations from Pacific in January 2003.

Like many Westwood residents, Robert was frustrated over the loss of several screens in the community and didn’t want his favorite theatre following the same route. Robert currently spends several hours a day at the theatre, greeting customers and conducting raffles on weekends. He is committed to maintaining the Crest’s standing as one of the top destination locations in Los Angeles. When Robert took over the operation of the Crest on January 1, 2003, the first movie to debut was Roman Polanski’s acclaimed Holocaust drama “The Pianist.”

The Crest was first constructed in 1941 by Frances Seymour Fonda, the second wife of Henry Fonda and mother of Peter and Jane Fonda. Originally intended as a showcase for live theater, the onset of World War II brought with it the need for a venue where local residents could watch newsreels about the battles happening overseas. Soon after it adopted the ‘UCLAN Theatre’ moniker in reference to the nearby university, and then eventually settled on the Crest.

In the 1970s it was temporarily renamed the Metro, and MGM made minor design changes. But when Pacific took control in 1985, it was renamed the Pacific Crest and a long-standing partnership with Disney began. “Three Men and a Baby” was the first film the studio premiered. But more renovations were needed. The auditorium was reconfigured, the screen was brought forward, new curtains were put up, a new marquee was designed, and the wall cyclorama was assembled. After all of these updates, the Bette Midler-Lily Tomlin comedy “Big Business” debuted at the Crest.

All but two buildings on the wall mural are real establishments from Westwood and Hollywood during the 1940s; Bill’s Chili was named after the theatre’s then-manager, and Rick’s was named for the construction manager. The music prologue before each show is “That’s Entertainment,” performed by John Williams and the Boston Pops. The ceiling’s starlights are celestially accurate; a photograph was taken outside San Diego in the fall of 1987, and gridded accordingly. The shooting star is just a little “Hollywood magic.”

Sadly, ''Eat, Pray Love'' will be the final film we screen at the Crest. Owning this theatre was a dream come true and I am incredibly grateful for the seven years I've had here. It has been a wonderful chapter in my life and I could never have made it this long without the tremendous support from our loyal patrons.

Advanced VIP tickets for EAT, PRAY, LOVE are now on sale at www.westwoodcrest.com – it will be the last time you'll be able to take advantage of this offer.

I'll provide more details about the sale in the next few weeks but I think it will be a positive experience for our patrons and the Westwood community.

Thank you so much for all your support, and I hope to see you at EAT, PRAY, LOVE to say our final goodbye…