Gubernatorial Race: Who's Up? Who's Down? 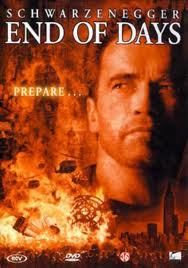 An interesting item below posted on the LA Weekly website:


​So Patricia Sellers is an editor-at-large at Fortune, and as such she hangs out in L.A. restaurants where you might just happen to run into people like Maria Shriver and Arnold Schwarzenegger.

Upon bumping into Schwarzenegger on Monday at Le Pain Quotidien, Sellers asked the governor what he thought of Meg Whitman, about whom she wrote a profile last year.
The governor's answer was off the record, but it's clear from how Sellers characterizes it that he isn't exactly bullish.

Here's how she puts it:

I can't share our exact conversation, but my takeaway was this: Whitman has two very tough months ahead. Last week, she became the $100 million woman.--having spent more than $100 million personally on her campaign for California governor. This is reportedly a record for a non-Presidential run. And to what end? Whitman is neck and neck with Jerry Brown, her Democratic opponent. While she is the fiscal conservative policy-wise, he is the spendthrift personally. Brown, 72, has spent hardly any money and is coasting on his history and fame.

Schwarzenegger has said favorable things about Brown before, and has pointedly declined to endorse Whitman. But that's not the same as predicting that Whitman will lose, which it sounds like he was doing here.

Whitman, of course, wants nothing to do with Schwarzenegger, who has an abysmal job approval rating and who long ago fell out of favor with conservatives.

But she does have some things in common with the incumbent, as analyst William Bradley explained in detail back in March.