Faculty from UCLA and Other Universities Removed from Environmental Pollution Panel 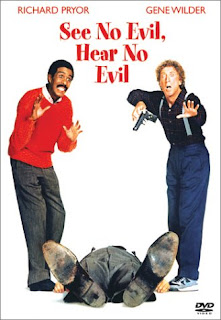 The online service California Watch reports that several faculty from UCLA, other UCs, USC, and Stanford have been removed from a state environmental panel that identifies toxic substances. The full report is at

Excerpts: Five out of nine members of a scientific panel that advises the state on toxic chemicals have been fired in recent weeks, following disputes with the chemical industry and a conservative group that targets environmental laws… Among the dismissed members is panel chairman John Froines, who also heads the Department of Environmental Health Sciences at UCLA's School of Public Health. Froines has served on the panel since it was founded and has been its chairman since 1998. Froines says he learned of his dismissal July 22 in a two-sentence letter from Assembly Speaker John A. Perez, D-Los Angeles.

Panel members, including Froines, have come under fire over the years when their designation of certain substances as toxic came at a cost to industry… Froines, who said he'd received no explanation for his dismissal, praised the work of his colleagues, many of whom had served on the panel for more than a decade. "The integrity of this panel has been nothing short of impressive," he said. "Why would you destroy it?"

Craig Byus, dean of UCLA's Thomas Haider Program in Biomedical Sciences, learned of his dismissal the same day as Froines. Then, on August 20, three other panel members received similar notices, this time from the California Environmental Protection Agency. The three members were Joseph Landolph of USC, Gary Friedman of Stanford University School of Medicine, and Charles Plopper of UC Davis…

One group taking credit for the shakeup is the Pacific Legal Foundation, a Sacramento-based conservative group with a history of fighting environmental legislation. The foundation has charged, in an ongoing lawsuit, that panel members shouldn't be able to serve such long terms...

The lawsuit stems, in part, from longstanding complaints from the building and transportation industries over the panel's 1998 conclusion that diesel particulate is toxic to human health... State officials have announced the appointment of five new UC scientists to replace the departing members. Michael Kleinman, whom Froines says he admires, is an adjunct professor at the UC Irvine School of Medicine. Kleinman will be chairman of the revamped panel.
===