New Report on Public Higher Ed Across the U.S. 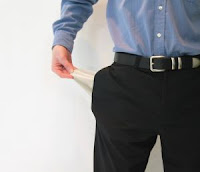 An elaborate statistical report on state funding of higher ed across the US (with individual state data) is available at:

The report is put out by the nonprofit State Higher Education Executive Officers (SHEEO). A cautionary note is that higher ed in California in many respects is dominated by the community colleges which have a much larger enrollment than UC or CSU. Data in the report go through fiscal 2009-10 which for California ended June 30, 2010.

Apart from its historical data, the report looks ahead with data for fiscal 2010-11 (starting on page 49 of the report - not the pdf). An excerpt:

"While state support for higher education has been resilient, state policymakers have struggled with increasingly severe economic recessions. In every recession over the past 35 years, enrollment has grown, while state funding has not kept up with enrollment and inflation. During economic recoveries, states historically have 'caught up' by providing more support. The historical pattern provides reassurance and clear evidence of enduring public commitment, but the current recession and a convergence of other pressures on states and the American economy have eroded the ability of states to rebuild their financial support for higher education. As a result, the resiliency of public financial support for American higher education is threatened, putting quality, capacity, and the underlying ability to meet student and societal needs at risk."
=============
Music at: