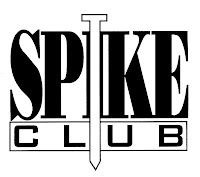 From the LA Times today at http://www.latimes.com/news/local/la-me-0818-pension-reform-20100818,0,3115924,print.story comes the word that a pension "spiking" reform bill has been watered down. The governor says he won't sign it. Such a bill might have defused some of the tension and controversy around the public pension area - which could easily lead to a ballot initiative that would encompass UC's pension. This development underlines the need - emphasized in prior posts - for the Regents to have a plan for UC in place by January.

Note: "Spiking" refers to an ability by employees to inflate final earnings for the pension calculation by adding in such items as overtime pay, unused vacation, etc. UC's pension has good controls on spiking, unlike some other public pensions. But it could still be dragged into the larger statewide controversy.

Excerpts from the article:

The bill's sponsor, state Controller John Chiang, and others say it has become so watered down that it would do little to prevent public employees from spiking their end-of-career paycheck.

Legislation intended to curb pension spiking has become so watered down that it would now do little to prevent California public employees from boosting their end-of-career paychecks, critics say, prompting reform advocates and bill sponsor state Controller John Chiang to withdraw support.

Assembly Bill 1987 had been touted as an end to the pension boosting that occurs when public employees add unused vacation, sick time and other benefits to their final year's compensation in order to drive up pensions.

But as debate over public pensions flares in the wake of reports of inflated salaries and pensions in scandal-plagued Bell, reform advocates say that union-backed amendments to the bill have neutered its beneficial effects.

"It allows unions to negotiate what items of pay will be included in final compensation," said Marcia Fritz of the California Foundation for Fiscal Responsibility. "We should be taking away the candy, not adding more." ...

It's not just pension reformers calling for changes in the legislation. The California State Assn. of Counties, a local government lobbying group, has withdrawn support along with Chiang, the state controller. ...

An official in Gov. Arnold Schwarzenegger's office said the governor would not sign the amended legislation. As written, it "fails to truly address the problem of pension spiking," said spokeswoman Andrea McCarthy. ...
Posted by California Policy Issues at 6:01 AM