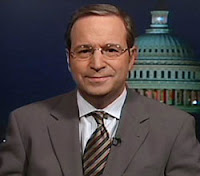 IRVINE, Calif. -- The orientation tours that I attended last week at two University of California campuses looked like a postcard from the next America.

Demographers project that minorities will comprise a majority of all Americans under 18 as soon as 2023. But that future is already here in the sprawling University of California system, where African-Americans, Asians, Hispanics, and all other nonwhites represent 70 percent of students, up from about half two decades ago. These campuses are not only cultivating the state's future; in the panoramic diversity of the families exploring them this summer, they embody it.

However, the University of California system, long considered one of the world's premier public universities, also embodies the future in a more ominous respect: It faces a collision between soaring demand and shrinking resources. As the massive Millennial Generation moves toward adulthood, California's public universities received record numbers of applications this year. But with the state buried beneath unending budget shortfalls, both the University of California and the California State University systems are struggling with overcrowded classes, admission waiting lists, diminished state funding, and bruising tuition increases exceeding 30 percent.