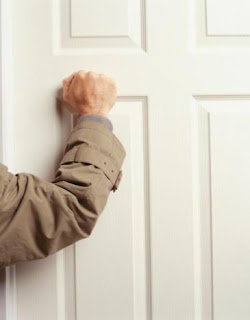 The scheme, which began in 2011, centered around the owner of a for-profit Newport Beach college admissions company that wealthy parents paid to help their children cheat on college entrance exams and to falsify athletic records of students to enable them to secure admission to elite schools.

Authorities allege the scheme was facilitated by 23-year-old Liu Cai, who entered the U.S. on a student visa to attend UCLA.

There were over 40 students, “who took advantage of this scheme,” and who were able to attend top-ranked colleges, including UCLA, Columbia University and New York University, according to Homeland Security Investigations special agent Christopher Kuemmerle.

“We have so many students that are honest, that work hard to get into the university of their dreams and yet that spot might be taken by someone who cheats,” said Kuemmerle, who supervises the multi-agency Los Angeles Document and Benefit Fraud task force, which investigated this case.

The five arrests were among many that took place on Tuesday, as federal prosecutors also accused top chief executives, two Hollywood actresses and a legendary fashion designer of taking part in a separate, audacious scheme to get their children into elite universities through fraud, bribes and lies. Fifty people, across academia and college sports as well as a cadre of super-wealthy parents, have been charged in what prosecutors say is the largest college admissions scam ever prosecuted.

In the student visa case, a 26-count indictment handed down by a federal grand jury last week charges Cai, Quang Cao, Elric Zhang, Mohan Zhang and Samantha Wang with conspiring to use false passports, using false passports and aggravated identity theft as part of the scheme to impersonate Chinese nationals in order to take the Test of English as a Foreign Language exam.

To obtain a student visa, foreign citizens have to apply to study at a school authorized by the Student and Exchange Visitor Program. Many of those schools require foreign citizens whose first language is not English to certify proficiency in the language by getting a particular score on the TOEFL exam.

Cai is alleged to have paid for and registered 14 Chinese nationals, referred to only by their initials, for the exam over a one-year period in 2015 and 2016, according to the indictment. Cai, Cao, Elric Zhang, Mohan Zhang and Wang are alleged to have impersonated those citizens by using false, forged and counterfeited People’s Republic of China passports.

The passports were in the names of the foreign citizens, but bore the defendants’ photographs. The indictment alleges that Cao, of San Francisco, took at least four of the exams, Elric Zhang, of Los Angeles, took at least five, and Mohan Zhang, of Cerritos, and Wang, of Corona, took at least two each.

The sixth defendant — Tuan Tran, 33, who is alleged to have taken at least one TOEFL exam with a false identification document — is believed to be living in Taiwan. After the tests, Cai paid three co-defendants about $400 per test from his PayPal and Venmo accounts, authorities said.

“The imposter test takers were generally U.S. citizens of Chinese descent that spoke English well and that could breeze through the exam,” Kuemmerle said. “A lot of these associations were made at Chinese American social organizations.”

Based on fraudulent TOEFL exams, students were able to “cheat their way” into universities across the country, including UC Irvine, UC Riverside, Arizona State University and the University of Alabama, Kuemmerle said. However, a number of them were not able to successfully graduate.

“Some of them weren’t able to cut the muster, because that old adage, ‘If you’re cheating, you’re really cheating yourself,’” Kuemmerle said. “If they can’t match the language, they might not have the aptitude to do well in an American university.”

Last year, as UC Santa Barbara enrolled more students from China, professors complained about a lack of English skills. In the last decade, the University of California’s enrollment of international students has more than tripled. Chinese students’ campus presence has grown more than eightfold.

Faculty said they had pressed in recent years for international students to be better screened for English-language skills, concerned that a troubling number of Chinese undergraduates lacked college-level abilities in the language, even though admissions standards generally mandate that foreign students score at "intermediate" levels on the TOEFL exam.

Kuemmerle called Tuesday’s arrests the “first phase of the investigation.”

“At some point, we may make a decision to discuss directly with the schools certain individuals who we know cheated on the exam,” he said.

“Hopefully this will deter others from even thinking about taking an examination on behalf of somebody who is trying to get into one of these schools from overseas,” Kuemmerle said. “We want to reserve those spots for honest, hard-working applicants who does his or her own test and doesn’t cheat the system.”

Source: https://www.latimes.com/local/lanow/la-me-ln-chinese-visa-fraud-20190312-story.html
Posted by California Policy Issues at 10:39 AM

Hello everyone i Am williams pater and i am from USA i am here to give my testimony about an herbal doctor called Dr,olu I was heartbroken because i had very small penis,not nice to satisfy a woman, i have been in so many relationship, but cut off because of my situation, i have used so many product which doctors prescribe for me, but could not offer me the help i searched for. i saw some few comments on the internet about this specialist called Dr,OLU and decided to email him on his email i saw on the internet,(drolusolutionhome@gmail.com ) so I decided to give his herbal product a try. i emailed him and he got back to me, he gave me some comforting words with his herbal product for Penis Enlargement, Within three weeks of me use it, i began to feel the enlargement, " and now it just 4 weeks of using his products my penis is about 8 inches longer, and i had to settle thing out with my ex girlfriend , i was surprised when she said that she is satisfied with my performance in bed and i now have a large penis.thanks to DR OLU for is herbal product. you can also reach him with emsil drolusolutionhome@gmail.com though is..number WHATASPP him today on this number [ +2348140654426 ]