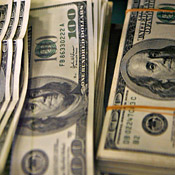 The gap between forecast values and actual values does not mean that the state is running out of cash. There is up to about $38.6 billion in unused borrowable reserves available (including the various reserve funds). However, there are some signs of an economic slowdown appearing.