Yours truly missed this one when it came out last August, but Town and Country magazine listed 22 architecturally notable university libraries back last August. UCLA's Powell library, one of the original structures of the Westwood campus, was among them. Powell was THE library for UCLA originally. It later became the undergraduate library.

Hat tip to Janet Carter. And here is a photo from 1928 when the building was being constructed: 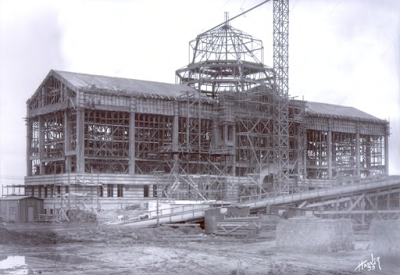