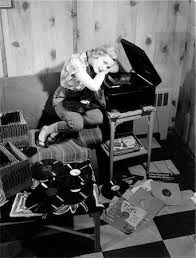 To continue the blog's report on the Regents' rejection of a tuition increase for out-of-state and international students on March 14, yours truly had a chance to listen to the audio of the full Board of that date. Discussion of the tuition issues begins at 1:22:39 at the link below. In fact, no one forcefully made a case for the increase except the UC prez who repeated what she had said the day before. Essentially, she said that without the increase, there would be a "hole" in the budget of $30 million that would require programmatic reductions. Once it became clear that she didn't have the votes to pass the increase, she acquiesced with a statement about not standing in front of a train. But she again reminded the Board of the budgetary consequence. The Regents didn't actually reject the increase, but the motion to adopt it was tabled, presumably for a re-hearing at the May meetings. The UC prez suggested that letters of acceptance going out should have some language indicating that tuition might rise by 2.6%. It was unclear if such letters will go out.

Apart from the UC prez, the only voice that indirectly opposed blocking the increase was from the non-voting staff representative who expressed fears that staff layoffs would result from the resulting budget squeeze.

It might be noted that some of the arguments against a tuition increase raised questions about what the university was expected to do, especially for international students. For example, one Regent noted that a rise in the dollar exchange rate relative to some other currencies meant that international students were experiencing de facto tuition hikes measured in their home currencies. It was unclear, however, how the university could provide a hedge against exchange rate risks, particularly against multiple currency exchange rates. A number of Regents pushed the "let's-get-more-money-from-the-legislature idea, although the legislature has made it clear that it was not keen on supporting out-of-state students and, in fact, only a few years ago pushed for a cap on admission of such students.