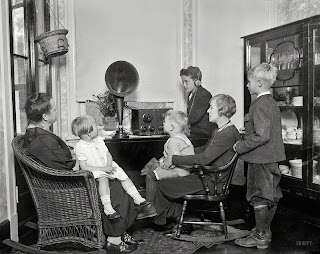 Yours truly has been preserving the audio of the Regents meeting of this past week, since the Regents only "archive" them for one year. However, this is the end of the winter quarter when term papers, etc., must be graded. So, the audios can be found at the links below, but yours truly does not have time right now to go through them. There does seem to be one story that came out of the meeting, a freezing of out-of-state tuition despite a recommendation to raise such tuition by UC prez Napolitano. The rejection of the recommendation seems in part to have something to do with the burgeoning admissions scandal. See below:

UC regents revolt against $762 tuition hike for non-Californians: Opponents fear that only the rich will afford UC from outside the state.

University of California regents revolted Thursday against an administration plan to raise tuition for out-of-state and international students, saying the $762 proposed hike to a $42,324 total would push out all but the wealthy.

As a result of the surprisingly strong opposition to UC president Janet Napolitano’s plan, the regents decided not to even vote on the scheduled item but instead to consider possible revisions in coming months. The proposal had been billed as a way to raise nearly $30 million in revenues to help support programs and classes for California students.

Regent Cecilia Estolano said she was against the increase because it would hurt UC efforts to enroll students from across socio-economic levels from different states and nations. “We shouldn’t just be the playground of a few very, very wealthy people from a few countries,” she said.

Regent Hadi Makarechian, who is chairman of the regents’ influential finance committee, emphasized that the sunken value of many foreign currencies against the dollar in recent years already has made a UC education out of reach for most low- or middle-income international students. The proposed $762 increase would worsen things, said Makarechian, who immigrated with his family from Iran.

Clearly frustrated by the opposition to the increase, Napolitano warned Thursday about possible spending cuts if the revenue is not replaced. “Look, a $30 million hole is a $30 million hole. It will have an impact on programs at the university,” she said. The UC president said that the ten-campus system values non-Californians but she said: “Our primary purpose is to educate the next generation of Californians.”

At the same time, faculty and students say everyone benefits by having viewpoints from outside the state in classroom discussions and that UC has a responsibility to ensure ethnic and economic diversity among the non-Californians who do enroll. And given this week’s explosive allegations about corrupt practices in college admissions, including at UCLA, regents are clearly sensitive about anything favoring the wealthy.

Napolitano said she hoped to work on revising the plan and possibly come back in May for another try.

One revision includes the possibility of raising private funds for financial assistance to help needy out-of-staters and international students, who now are barred from receiving UC-funded grants. A third of UC tuition revenues now go to grants for low- and middle-income students, who can receive federal and other state aid as well.

Regents also urged UC officials to seek extra funds from the legislature to cover the lost revenue. But that will be a tough prospect given that concern in Sacramento has focused mainly on reducing the number of non-Californians at UC and freezing tuition for state residents.

In a related issue, several regents called for changes in state rules that currently make it impossible for undocumented students who attended California high schools for less than three years to receive the state financial aid that other undocumented students get. So while those young people live in California, they are treated as if they are foreigners, ineligible for federal and state aid.

With promises of extra funding from Governor Gavin Newsom, UC officials recently announced that annual tuition for 2019-20 would not rise for state residents, staying at $12,570, not counting living costs and some campus fees.

The debate showed conflicting pressures about the issue of enrolling students from outside California.

Many California parents and legislators have reacted angrily to the rising numbers of out-of-staters at UC in the past decade, alleging that was taking spots away from in-state students.

Reacting to political pressure, UC regents two years ago adopted a new policy that freezes the percentages of non-Californians at four undergraduate campuses — Berkeley, Los Angeles, San Diego and Irvine — while allowing growth to between 18 and 24 percent at the other five. Some legislators want those caps to be even lower.

The nearly $29 million from the higher nonresident tuition was expected to help fund classes “that are critical to students’ ability to enter and complete their majors on time,” pay for library and technology services and support financial aid to Californians, according to the plan on the regents’ agenda.

However, the UC Student Association, which represents both state residents and others, opposed the idea.