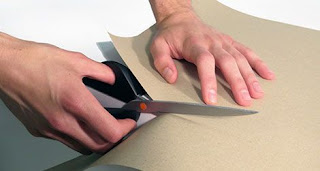 An item on this blog earlier today noted a ruling on a challenge to the "California Rule" regarding public pensions was due today. It has now appeared and allows changes in pensions to current employees under limited circumstances.

The State Worker of Sacramento Bee

The California Supreme Court on Monday upheld a law that stripped a retirement perk from public employees with a narrow ruling that sidestepped a bigger question about whether employers can reduce pension benefits for current workers.

The court held that the perk at issue in the case was different from core pension rights, such as the formula used to calculate retirement income, and thus not protected by the state constitution.

Therefore the benefit could be “altered or eliminated at the discretion of the Legislature,” the court ruled.

The case was seen as a test of the so-called California Rule, a set of legal precedents that have protected public worker pensions from being reduced without new benefits to compensate for the loss of income. Both unions and government agencies in court briefs cast the fight as a challenge to the California Rule.

The court said it was not weighing in on the California Rule since it ruled the retirement perk is not protected by the constitution.

“We have no occasion in this decision to address, let alone to alter, the continued application of the California Rule,” the court said in the decision.

The ruling probably will not have an immediate effect on public employees or government agencies that want to negotiate to lower pension costs. Cities, counties and other agencies would still have to bargain with the unions to change retirement benefits.

The case turned on a challenge to former Gov. Jerry Brown’s 2012 pension law from the union that represents Cal Fire firefighters. The law, passed in the Great Recession amid concern about mounting pension debts, required public employees hired after Jan. 1, 2013 to kick in more money to fund their pensions. It also capped the amount of money they could earn in retirement.

Aside from those big changes for new employees, Brown’s law also sought to rein in pension expenses by eliminating some lesser benefits that had been offered to employees.

One of them was known as air time, a perk that allowed public employees to buy up to five years of credit that would boost their pensions as if they had worked that time. Cal Fire Local 2881, the union, sued to reinstate the perk, arguing that the right to purchase air time could not be withdrawn without breaking the California Rule.

“We’re disappointed,” said Gregg McLean Adam, an attorney who argued the case for the Cal Fire union. “We felt the benefit we were arguing for was protected under the precedents we had been citing.”

On Monday, a labor-backed group that supported the Cal Fire union in court briefs said it was reassured that the court’s decision did not undo the California Rule.

“There was always some question about whether air time was a vested benefit,” said Ted Toppin, chairman of Californians for Retirement Security. “The decision was not unexpected. More importantly, the Supreme Court leaves intact the California Rule, holding that vested benefits cannot be impaired. Thankfully, the decision protects the retirement security of California’s nurses, teachers, firefighters, school employees and countless other public servants and retirees dependent on their hard-earned pensions.”

Attorneys for Brown, who led arguments before the court, said the state may reduce benefits so long as pensions remain “reasonable and substantial.”

California’s largest public pension funds, CalPERS and CalSTRS, each are considered underfunded because their assets are worth about 70 percent of the benefits they owe to workers and retirees.

Brown argued that government agencies must have flexibility to reconsider benefits.

”In order to maintain the defined benefit, there has to be the power of management to make modifications,” he told The Sacramento Bee in December. “If we do it right, people who have a pension and what they’ve earned will never be changed. But you can’t say that five minutes after you sign your employment application, for the next 30 or 35 years that not one benefit can be changed. That’s a one-way ratchet to fiscal oblivion.”

New Gov. Gavin Newsom told at least one union during his campaign last year that he would uphold the California Rule precedent. However, he has a record as a former San Francisco mayor and University of California regent of supporting policies that allow adjustments to pension plans for new employees.

The state offered air time from 2003 until 2013, and workers had a six-week window to purchase service credit after Brown’s law took effect.

Source: https://www.sacbee.com/news/politics-government/the-state-worker/article226992009.html [Note: The decision can be found at this link.]
Posted by California Policy Issues at 4:08 PM