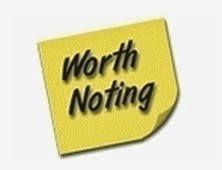 What Should State Do With Those Tesla Millions?

By Joe Mathews
Connecting California Columnist and Editor, Zócalo Public Square, Fellow at the Center for Social Cohesion at Arizona State University and co-author of California Crackup: How Reform Broke the Golden State and How We Can Fix It (UC Press, 2010)

Don’t tell us you don’t have the money, Jerry.

Gov. Brown and the legislature were perfectly willing to give a single company, Tesla, $500 million, mostly in tax credits, to build a battery plant here.  But now that Tesla took a better deal in Nevada, state leaders are dropping the subject of that $500 million, as though this is the end. If California has that kind of money to give to a company for speculative technologies, California has that kind of money for greater investments. Where should the money go?

I’m tempted to suggest that the money go to help shore up Medi-Cal, which has many new customers who are having trouble finding doctors. The cost of restoring reimbursement rates for Medi-Cal is $250 million, so the Tesla money would more than cover it.  But the objection there is that this money was for economic development, so where should the money go? The best bets would be infrastructure and that greatest of California economic engines, the universities.

California has all sorts of needs, and spending on building infrastructure might be a good use for this windfall. But I’d give it to the universities, which are still receiving near-record-low state support.  The legislature tried to give the university systems a boost, passing an additional $50 million each for Cal State and UC as the legislative session came to a close in late August. But the governor expressed opposition.

That’s pretty rich, given the rich offer to Tesla. Brown ought to reverse himself and send $125 million more to each system for each of the next two years.

What’s good for Elon Musk (head of Tesla) is good for the gander.

From http://www.foxandhoundsdaily.com/2014/09/state-tesla-millions/
Posted by California Policy Issues at 12:52 PM