Maybe UC won't be chopped up after all :) 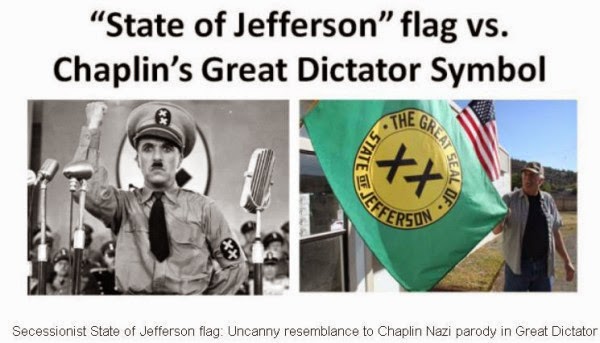 Back in the early 1940s, some rural counties in northern California decided they should join with some southern Oregon counties and form their own "State of Jefferson."  Ever since then, this "movement" has occasionally bubbled up.  It did again recently but this time a billionaire with too much money and too little sense circulated an initiative that would divvy up California into six new states including  "Jefferson."  Among other side effects of this fanciful proposal, various UC campuses would have wound up in different states.  Apparently, however, having too much money doesn't guarantee that when you hand your money over to signature-gathering firms, they will produce enough valid signatures.  It appears, so far, that the petitions don't have quite enough valid signatures to get the initiative on the 2016 ballot.

Of course, the chance of California actually being chopped up was always zero, initiative or not.  So if UC is ever split apart, it won't be because of a division of the state.  And more realistically, the degree to which campuses within UC have autonomy is always an issue - sometimes more and sometimes less - and has a lot to do with the support the state gives to UC.

UPDATE: The initiative now is reported to have failed to obtain sufficient signatures and so is dead.  See http://www.sacbee.com/2014/09/12/6702457/six-californias-initiative-fails.html