He isn't a judge, but he does have the judge's lawyer 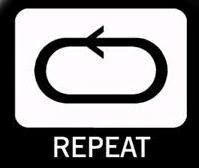 Remember Judge Cunningham who was driving while black in Westwood, got stopped by UCLA police (no seatbelt!), and eventually got $150,000 in damages plus $350,000 in scholarships plus promises of sensitivity training for the UCLA police?

Now comes the tale of a black employee stopped on Strathmore Drive by UCLA police (maybe license plate bulb burned out or maybe talking on cellphone or maybe none of these):

A 46-year-old African American UCLA facilities employee arrested for obstruction and resisting arrest by campus police last week is accusing the department of racial profiling and violating his civil rights. Claudius E. Gaines III was arrested after being stopped on Strathmore Drive shortly before midnight last Wednesday as he drove home from his shift at the university.


His attorney, Carl Douglas, said officers had no reason to stop the truck. When Gaines questioned why he was being stopped, Douglas said, the officers called for backup and he was threatened with being pepper-sprayed. Gaines, a probationary employee with the facilities department at UCLA, is concerned that the incident could result in his losing his job, Douglas said. “This is a 46-year-old father of three who's never been arrested, and now he will have this arrest on his record for the rest of his life,” Douglas said. “He did nothing wrong.”

The university issued a statement disputing the attorney's account, saying that Gaines refused to comply with the officers' requests to provide them with his driver's license and proof of registration during the traffic stop. "Officers then asked him to get out of the car, a request Mr. Gaines again repeatedly refused, escalating the situation and leading to his arrest for obstructing and resisting an officer,” the university said in its statement. A university spokesman declined to comment further, citing "the ongoing police investigation."

The arrest comes after a legal settlement in July with a prominent African American judge over alleged mistreatment and racial profiling by the university's police officers during a traffic stop. In the settlement, the university agreed to pay $500,000, including $350,000 for scholarships, and to provide additional training to officers. Douglas represented the judge, David Cunningham III.

Douglas, who called the decision to stop Gaines "racial profiling," said officers initially told Gaines that his light on his license plate was not working. Gaines, the attorney said, replied that he knew the light was working because he recently checked it following another traffic stop on Aug. 15 for a broken rear light. At that point, Douglas said, the officer told Gaines he also had seen the motorist using his cellphone while driving. Gaines objected and took his cellphone out of his pocket to show the officer before putting his hands back on the steering wheel where the officer could see them, Douglas said.

At that point, the officer called for backup, Douglas said. A third officer arrived and told his client to get out or he would be pepper-sprayed, Douglas said. The lawyer said Gaines complied. Gaines was booked at the campus police department's headquarters, issued a citation and released. The attorney said his client was wearing a UCLA uniform and had an identity badge on a chain around his neck during the encounter.

Anyone in Murphy Hall paying attention?  If not, the folks in Murphy might want to note that someone is paying attention up at UC headquarters in Oakland.  UCOP sends out daily emails with news media stories of interest to subscribers.  One of those stories today was the item above.  Another was a TV station's version of the same event.

There is a bright side of all this.  If history repeats, some lucky students might get still more scholarships.  Some lucky diversity trainer might get overtime pay.  And it is really likely that Mr. Gaines will complete his probationary period successfully and get a permanent position.

And history often repeats, over and over: