Will Initiative Changes Have Significance for UC? 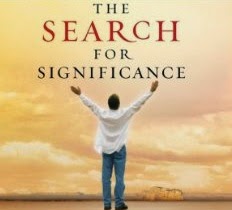 Governor Brown - when he wasn't vetoing an extra $50 million for UC (see previous post) - signed off on changes in the state initiative process.  Does this development matter for UC?

It's important to note that the initiative process - conceived as Mom and Pop getting upset about some issue, getting petitions together with their friends, and creating new law - has not ever been a Mom and Pop process.  Rather you need at least $1 million and probably more to hire commercial signature gathers.  If you get the initiative on the ballot, you may need tens of millions more for TV and other advertising to get the initiative approved.  In short, the initiative process is where the Big Boys play, whether the Boys are billionaires with loose change to promote some agenda or interest groups of various stripes.

Although one element of the changes Brown signed off on extends the signature-gathering period, Mom and Pop are likely to be unaffected because they haven't a prayer of getting enough signatures in any time period.  The changes also include some greater disclosure on the web of major donors to pro and con initiative committees.  In principle, this info is already available; maybe the changes will make it marginally easier for journalists to pursue who is pro and con.  Note, however, that initiative committees often get their donations from other committees whose names may hide their sources.

The main element added is that the legislature is given an opportunity - before the initiative ends up on the ballot - to intervene and possibly come to some compromise with the sponsors.  How might that process affect UC?  Obviously, we cannot know what topics may pop up in initiatives in the future.  But one topic that seems to rise and fall periodically is public pension "reform."  Typically, when such pension initiatives are proposed, they sweep UC into the "reforms," whatever they are.  UC seems reluctant to contact proponents directly and see what might be done to be removed from coverage.  But UC has been willing in the past to work with the legislature on that issue when the pension issue comes up as a bill.  It is possible, should another pension initiative arise - all it takes is a billionaire with an agenda - that UC might have some success in the new legislative step.  Possible, of course, is no guarantee.

For an article on Brown signing off on initiative changes, see http://www.latimes.com/local/political/la-me-pc-gov-brown-oks-bill-allowing-changes-and-more-transparency-for-initiatives-20140926-story.html
Posted by California Policy Issues at 10:03 AM