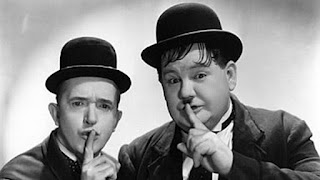 UC submitted its bid to continue in a managerial role at the Los Alamos National Lab (LANL). But it won't say who its partners are. As blog readers will know, it has been reported that UC is partnering with Texas A&M.


The University of California was the only organization to confirm Monday it had submitted a bid to manage and operate Los Alamos National Laboratory for the next five years.

Bids were due to the National Nuclear Security Administration Monday. The NNSA would not release information about the contractors that submitted bids and would not say when bids would be opened.
The UC system confirmed its submission in an email to the Los Alamos Monitor.

“I can confirm that UC submitted a proposal today for the Los Alamos National Laboratory management contract. We aren’t confirming or discussing any of our bid partners at this time,” UC Spokeswoman Stephanie Beechem said.
UC is a managing partner in Los Alamos National Security LLC, the consortium operating the lab...

Many contractors on a list of possible bidders reached out to the Los Alamos Monitor Tuesday. While none that responded indicated they sent in a bid, many gave reasons why they did not bid. Many said after considering the issue carefully, that their companies would be better off in a support role to the companies that did put in a bid and later won the contract.
“Keystone has not committed to a team and does not have a plan to do so,” Keystone International President Michelle Detry said. “We believe our long-term options are best served by supporting whichever team wins.”

Bechtel, a for-profit company that is also in the LANS consortium, was also on the list of prospective bidders.
“We won’t be commenting on the procurement process right now. We’re concentrating on managing the Lab safely and efficiently as part of the LANS team,” Bechtel Nuclear, Security and Environmental Manager of Public Affairs Fred deSousa said. Other potential bidders said they thought that on further examination, it just wasn’t the path they wanted their companies to take at the time...

The University of Texas system, which was expected to submit a bid to the NNSA, did not return requests for comment about whether the system submitted a bid.

Full story at http://www.lamonitor.com/content/university-california-submits-bid-lanl-contract
Posted by California Policy Issues at 5:03 AM

Email ThisBlogThis!Share to TwitterShare to FacebookShare to Pinterest
Labels: Texas A and M, U of Texas, UC