Competition from the Grand Hotel 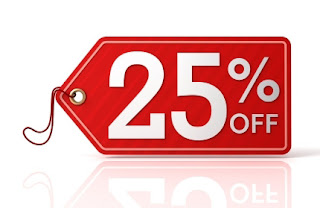 Those who are members of the UCLA Faculty Center will know that there was a membership meeting to review the current business plan of the Center and negotiations with the folks in Murphy Hall about a formal, contractual relationship. 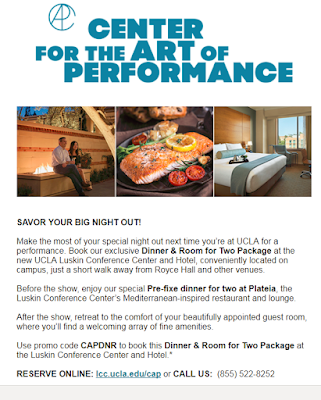 One thing that came out - in response to an audience question - is that the Faculty Center is estimated to have lost 25% of its revenue to the UCLA Grand Hotel, according to the Center's new general manager.

The Grand Hotel - as can be seen on the left - is aggressively trying to solicit business, as can be seen from the emailed ad reproduced below. It's not clear, however, given the claimed tax-exempt status of the hotel, that someone attending a performance at UCLA meets the standard of "university business" to which the hotel is supposed to be confined. That issue may yet be tested.