Somebody at UCOP was thinking outside the box... 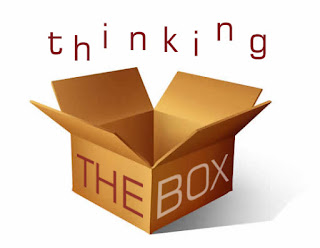 Was the somebody the politically-minded UC prez?

UC is about to bid to continue its managerial role in Los Alamos National Lab. But it is competing against the U of Texas (whose regents seemed to be split on making the bid)* and Texas A&M, which seems more gung ho about the effort. And, of course, California is not beloved to the Trump folks. So - read on:

Here is Wikipedia on Rick Perry, the current head of the Department of Energy (which will soon be evaluating the bid of UC to continue its managerial role in Los Alamos:

...Upon graduation from high school, Perry attended Texas A&M University where he was a member of the Corps of Cadets and the Alpha Gamma Rho fraternity. He was elected senior class social secretary, and one of A&M's five "yell leaders" - students that lead Aggie fans in a series of "yells" during athletic events or other school events. He graduated in 1972 with a Bachelor of Science degree in animal science...

And here is an article dated Dec. 9 from the Santa Fe New Mexican:

When the University of California submits its bid Monday to continue management of Los Alamos National Laboratory, the public institution from the biggest, bluest state in the country will have an eye-grabbing partner: Texas A&M University.

The two large university systems, one from a solid Democratic state and the other from the largest Republican-led state, are planning to join forces in a proposal to manage the national lab for the next decade, the Austin American-Statesman reported Saturday, citing unnamed sources.

University officials would not confirm the partnership to The New Mexican, but the director of one lab watchdog group, who was unaware of the partnership, said while it might seem like the two university systems make “strange bedfellows,” a Cal-Texas A&M partnership would be a good fit in many ways.

“It would make sense politically, certainly,” Greg Mello of the Los Alamos Study Group said in an interview with The New Mexican earlier this week. “And it would seem to make sense from a research perspective. Both schools have a little different niche in that regard.”

Texas A&M, a land-grant college system with 11 campuses and a flagship in College Station, Texas, also gives the University of California, the lab’s operator in some form since its inception in 1943, a chance to move ahead with a fresh partner that can bring operational success in areas where it has been criticized: nuclear safety, hazardous materials handling, mechanics and logistics.

Another known bidder is the University of Texas System, a consortium of 14 campuses with a flagship in Austin. The UT System Board of Regents approved moving ahead with a bid at its November meeting...

University of California officials, who spent time in Northern New Mexico touting their long history and successes at the lab in late November, would not talk about potential alliances when contacted by The New Mexican.

“We can’t confirm or discuss any of our bid partners,” said UC’s Gary Falle, a government relations specialist working with California regents...

In short, the winds suddenly seem to have shifted in favor of UC's Los Alamos bid:

Email ThisBlogThis!Share to TwitterShare to FacebookShare to Pinterest
Labels: Napolitano, Texas A and M, U of Texas, UCOP