End of the Unfortunate Incident (for now) - Follow Up 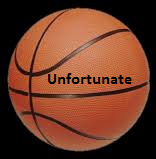 Although it may seem like a long time ago, blog readers will recall the unfortunate incident involving shoplifting in China by some UCLA basketball players.*

Here is more of the aftermath: LiAngelo Ball, one of three UCLA basketball players placed on indefinite suspension following their shoplifting arrests in China, will be leaving the team and the university, officials said Monday. The three players were allowed to leave China after President Trump’s conversation with the head of that nation during a presidential trip to Asia.

“We learned today of LiAngelo Ball’s intention to withdraw from UCLA,” Bruins basketball coach Steve Alford said. “We respect the decision he and his family have made, and we wish him all the best in the future.”
Ball, the brother of Lakers rookie and former Bruin Lonzo Ball, was arrested in early November along with Jalen Hill and Cody Riley while the UCLA team was in China to take part in a season-opening game against Georgia Tech. They were detained for about a week in China before the case against them was dropped, with President Donald Trump saying he spoke on behalf of the players to Chinese President Xi Jinping. LiAngelo Ball’s outspoken father, Lavar Ball, told ESPN he decided to pull his son out of UCLA.
“We are exploring other options with Gelo,” he said. “He’s out of there.”
TMZ broke the story, but reported that LiAngelo Ball had not yet officially withdrawn from the university.
Source: https://mynewsla.com/sports/2017/12/04/trump-got-him-out-of-china-shoplift-fix-bruin-basketball-star-out-at-ucla/
===
*https://uclafacultyassociation.blogspot.com/2017/11/end-of-unfortunate-incident-for-now.html
Posted by California Policy Issues at 9:05 AM