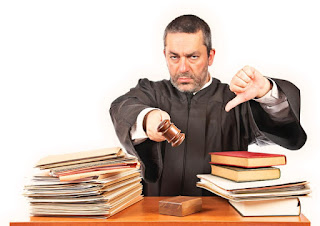 An Oakland court reversed itself this week, decertifying the “class” of Lawrence Livermore National Laboratory retirees three years after certifying it in a lawsuit aimed at regaining University of California health care. The surprise decertification order was issued Monday by Superior Court Judge George Hernandez, the judge who certified the class in 2014.

In his reversal, Hernandez acknowledged that certification is normally established early in a legal proceeding. That is not an “iron clad standard,” however, particularly if it becomes clear that “individual issues will engulf the litigation,” he wrote. That appears to be the case now, he indicated. In his judgment, it has not actually been established that “any members of the putative class (of retirees) were damaged” by the loss of University of California health care.

A class-action trial might be appropriate if the main question is the extent of individual damages -- but not if it remains to be resolved “whether each class member has in fact been damaged at all.” UC health care benefits were available to the LLNL retirees from the time of the Laboratory’s founding in 1952 until 2008, shortly after a for-profit consortium took over for the University as manager of the national defense laboratory.

The retirees considered the loss of UC health care to be a violation of promises made during their careers at the Laboratory -- promises on which some of them based career decisions. They filed suit in 2010, and the suit became a class action four years later. Following certification, the retirees spent many thousands of dollars compiling lists of those who might be eligible for UC health care and their survivors, sparring with University counsel and representatives of LLNL over the completeness of records provided by those institutions.

Neither the retirees nor the University commented publicly on the decertification order. At the time the Independent went to press, the retirees had not decided on next steps, which include the possibility of appeal.

Source: http://www.independentnews.com/news/surprise-ruling-decertifies-retiree-class-in-lawsuit/article_7b76ca3e-d541-11e7-9c6c-47e48d1fdcf4.html
Posted by California Policy Issues at 6:47 AM