Pots and Kettles at the Regents 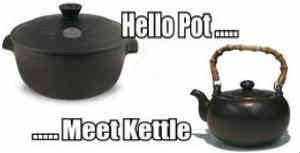 There is a long article in the Huffington Post about Lt. Guv Gavin Newsom (a candidate for guv and an ex officio Regent) calling for the resignation of UC Regent Norman Pattiz because of the latter's sex-harassment scandal: [excerpt]

One of the women, comedian Heather McDonald, released a tape in November 2016 of Pattiz asking her if he could hold her breasts. Pattiz has confirmed that it’s his voice on the tape and apologized. Another employee accused Pattiz, a Los Angeles Sheriff’s Department reserve officer, of brandishing his firearm in a threatening manner. Pattiz denies those allegations.

In a letter dated Nov. 29, Newsom, California Superintendent of Public Instruction Tom Torlakson and UC Student Regent Paul Monge asked university officials to make clear what they have done or will do about Pattiz, whom Gov. Jerry Brown reappointed to a 12-year term in 2014.

The issue is complicated by the fact that it’s not possible for anyone ― including the board itself, any California legislative body or the governor, who appoints most regents ― to remove Pattiz. Instead, Pattiz would need to voluntarily resign.

In a statement, Marvin Putnam, a lawyer for Pattiz, said the McDonald incident had been resolved and that if Newsom “took a moment to learn the facts, then he would not have sent the letter he did.”

“As Napolitano stated at the time, the matter is now closed,” Putnam said. “There is an American tradition of not rushing to judgment without knowing the facts; hopefully, we are not losing that august tradition in the midst of the important national conversation and reevaluation that is now underway.”

Brown wants Pattiz to resign, according to two sources familiar with his thinking. He has had a senior staff member request Pattiz’s resignation at least once, the sources said, but Pattiz refused.

The scandal-plagued University of California system has been working to improve its handling of sexual harassment cases by speeding up investigation timelines. And earlier this year, the Board of Regents also strengthened its own ethics policies, addressing procedures for investigations into alleged misconduct and providing options for sanctioning a regent if allegations are proven...

The Huffington Post's report neglects some past sex-related history of Newsom's back when he was mayor of San Francisco:

San Francisco Mayor Gavin Newsom's re-election campaign manager resigned Wednesday after confronting the mayor about an affair Newsom had with his wife while she worked in the mayor's office, City Hall sources said.
Alex Tourk, 39, who served as Newsom's deputy chief of staff before becoming his campaign manager in September, confronted the mayor after his wife, Ruby Rippey-Tourk, told him of the affair as part of a rehabilitation program she had been undergoing for substance abuse, said the sources, who had direct knowledge of Wednesday's meeting.
Rippey-Tourk, 34, was the mayor's appointments secretary from the start of his administration in 2004 until last spring. She told her husband that the affair with Newsom was short-lived and happened about a year and a half ago, while the mayor was undergoing a divorce from his then-wife, Fox News host Kimberly Guilfoyle, said the sources, who spoke on condition they not be identified.
Alex Tourk "confronted the mayor on the issue this afternoon, expressed his feeling about the situation in an honest and pointed way, and resigned," said one source close to Tourk and his wife...
Full story at http://www.sfgate.com/politics/article/AIDE-QUITS-AS-NEWSOM-S-AFFAIR-WITH-HIS-WIFE-IS-2652745.php
Posted by California Policy Issues at 9:40 AM