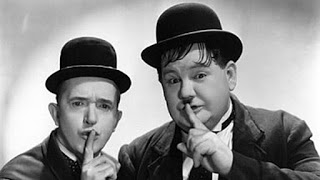 An earlier post on this blog noted that while it is reported that Texas A&M and UC have formed a partnership to bid on managing Los Alamos, no one is confirming it.*


LOS ALAMOS, N.M. (AP) — Texas A&M University is among the bidders interested in managing one of the nation's premier nuclear research laboratories. The multibillion-dollar contract with Los Alamos National Security LLC to run Los Alamos National Laboratory expires in 2018. Federal officials announced in late 2015 that the contract wouldn't be renewed because of missed performance goals. The Los Alamos Monitor reports that university officials confirmed their interest during a recent meeting with the Regional Coalition of LANL Communities.
Texas A&M Assistant Vice Chancellor Scott Sudduth with the office of federal relations said one factor that helped with the decision to bid is the university's nuclear engineering program, which he described as one of the largest and oldest in the U.S. Other bidders include the University of California and the University of Texas System.
Source: https://www.usnews.com/news/best-states/new-mexico/articles/2017-12-20/texas-a-m-joins-bidding-for-los-alamos-lab-contract
===
*http://uclafacultyassociation.blogspot.com/2017/12/secret.html
Posted by California Policy Issues at 9:29 AM

Email ThisBlogThis!Share to TwitterShare to FacebookShare to Pinterest
Labels: Texas A and M, U of Texas, UC