Not a lot of action today - continued 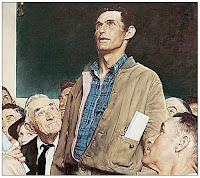 As we have been doing in this period of slow news for UCLA (which is closed), here is another item of interest:

...Janet Napolitano, the University of California president and former Homeland Security secretary in the Obama administration, said, “One gray area of the law is at what point can a university say no to a speaker because of the security costs and what kind of showing would a court require to defeat a First Amendment claim because, while the University of California has spent a great deal, the pocketbook is not endless.”

“Right now, there’s simply no guidance from the courts on this,” she said.

In California, university leaders have taken the view that campuses are the place where students should be exposed to new ideas — even ones they don’t like, so they are picking up security costs. At the Berkeley campus, that’s meant spending nearly $1.4 million on additional costs for security for speaking events, Napolitano said. A large chunk of that was spent to prepare for a “free speech week” planned by Yiannopoulos and a conservative campus group in September that largely fizzled.

Napolitano acknowledged that supporting even very provocative free-speech rallies on campus is not a position shared by everyone in the university community, and that there’s not an “insignificant percentage” of students who believe that the First Amendment doesn’t cover hate speech. She said a new UC center on free speech to be based in Washington will explore how to best teach students about the Constitution.

“We have a real education issue before us to educate students about what the First Amendment means and to make sure that they understand that once you start policing speakers based on the content of what they are going to say that sets a horrible precedent,” Napolitano said.

Napolitano’s stance comes amid a time of heightened recruitment on campuses by white supremacist groups, according to the Southern Poverty Law Center...

Full story at https://www.politico.com/story/2017/12/26/white-nationalists-antifa-university-violence-305014
Posted by California Policy Issues at 9:15 AM