More on the wolf at the door in college athletics 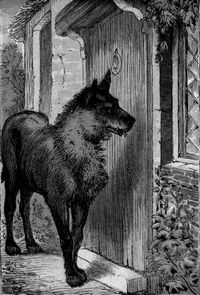 There continue to be news items that suggest the college athletics is going to have to change. It becomes harder and harder to pretend that athletes in the major sports are just ordinary students that do a little amateur thing on the side. There have been lawsuits about football concussions, pay for playing (in the same way that professional athletes are paid), etc. Back last February, there was this report:

The NCAA and 11 major athletic conferences announced Friday night they have agreed to pay $208.7 million to settle a federal class-action lawsuit filed by former college athletes who claimed the value of their scholarships was illegally capped. The settlement still must be approved by a judge and it does not close the antitrust case. The NCAA said in a statement the association and conferences "will continue to vigorously oppose the remaining portion of the lawsuit seeking pay for play." The settlement will be fully funded by NCAA reserves, the association said. No school or conference will be required to contribute.


The original antitrust lawsuit was filed in 2014 by former West Virginia football player Shawne Alston. The case was later combined with other lawsuits and covers Division I men's and women's basketball players and FBS football players who competed from 2009-10 through 2016-17 and did not receive a cost-of-attendance stipend. In January 2015, the five wealthiest college conferences — the Atlantic Coast Conference, Big Ten, Big 12, Pac-12 and Southeastern Conference — passed NCAA legislation that allowed schools to increase the value of an athletic scholarship by several thousand dollars to the federally determined actual cost of attending a college or university.
Cost of attendance includes expenses beyond tuition, room and board, books and fees. Each member of the class will receive approximately $6,000, said Steve Berman, lead attorney in the case. "This is a historic settlement for student-athletes and there is more to come as the second part of the case seeks injunctive relief that will force the NCAA to pay student-athletes a fair share," Berman told AP in a text message Friday night...
Full story at:
http://www.chicagotribune.com/sports/college/ct-ncaa-scholarship-value-lawsuit-spt-20170204-story.html
It was reported yesterday that the judge in the case above has granted final approval for the settlement:
https://www.law.com/therecorder/sites/therecorder/2017/12/07/college-athletes-score-208m-payout-from-the-ncaa/
Posted by California Policy Issues at 6:12 AM

Email ThisBlogThis!Share to TwitterShare to FacebookShare to Pinterest
Labels: athletics