Calm and Sane Response to Audit 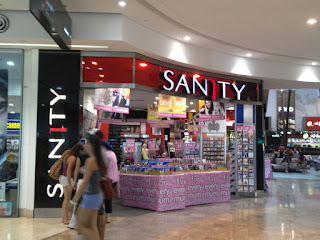 In contrast to some other California newspapers, the LA Times today seems to put things in perspective with regard to the state audit controversy:

Editorial: Closing the book on the UC audit

After an audit of the University of California system in April suggested that UC President Janet Napolitano maintained a $175 million slush fund, a whistleblower accused the president’s office of meddling in the audit. Separate investigations by the state Auditor’s office and the UC Board of Regents ensued, and the results are now in. Napolitano escaped the worst — there wasn’t enough evidence to show that she personally ordered UC campuses to change how they responded to the audit or that she knew such interference was occurring. But both investigations concluded that top aides, who have since resigned, did intervene to make the president’s office look better.

Napolitano gets to hold on to her job, which is good news for UC. She has been a strong leader for the university during troubled financial and political times, resisting efforts to weaken the university’s independence with a welcome level of toughness and dedicating herself to protecting the university’s undocumented students.

Still, Napolitano doesn’t come out untarnished. At the very least, she didn’t monitor her top aides closely enough to know that they were engaged in egregious interference, telling campuses to omit or temper their criticisms of the president’s office. That makes the UC president appear out of touch. When state Auditor Elaine Howle complained about Napolitano’s office inserting itself between the auditor and campus-by-campus responses to her May audit, you’d think Napolitano would have pulled her people together and asked, “What were you up to? Time to come clean.” Instead, though she apologized for asking campus officials to pass their responses through her office, she also insisted that her people were merely making sure the campuses were filling out the forms correctly.

That assertion was called into question by UC Santa Cruz Chancellor George Blumenthal, who was interviewed during the regents’ investigation (which was conducted by former state Supreme Court Justice Carlos Moreno and an independent law office). Blumenthal said that Napolitano had heatedly reprimanded him for sending the questionnaire directly to the auditor and demanded that he recall it. Napolitano responded that she had been concerned only because the chancellor’s office had not reviewed the questionnaire. Even so, the investigation found, one of her aides then intervened to have some of the answers modified.

It’s not the smoking gun of interference, but it also doesn’t square with Napolitano’s earlier claims that the various campuses sought her office’s help with the survey questionnaires.

As it turns out, her bad decision to involve her office in those questionnaires ended up being a bigger problem than the original audit itself. That probe never really showed what the initial ruckus seemed to indicate. The supposed slush fund was actually money legitimately collected by the president’s office from various funding sources for campus researchers, or held for important initiatives, such as UC’s program for students in Washington, D.C. and legal services for undocumented students. Even Howle never accused Napolitano or her office of misusing funding. No one was taking lavish trips abroad with the money, or filling private homes with big-ticket artworks. But the office’s spending was difficult to track because proper budgeting procedures hadn’t been followed, and spending on high-level administrators was too high.

The Board of Regents admonished Napolitano, and she’s apologized for getting her office involved in the audit questionnaires. At this point, the Legislature and the public should do what the regents have done and let her move forward without taint. If the state wants a well-run research university system that continues to command the admiration of the world — and it should — it cannot afford to weaken that system or its chief executive. It can’t micromanage a great university and still have a great university.

But Napolitano also is on notice. Her office will need to straighten its affairs, tidy up its procedures, move quickly to eliminate overspending on executives — and most of all, show that it is willing to be abundantly transparent with the regents and the public. As Napolitano goes, so goes the university she leads. Academic greatness and accountability aren’t mutually exclusive for the best public university in the world; on the contrary, they go hand in hand.

Source: http://www.latimes.com/opinion/editorials/la-ed-napolitano-uc-audit-20171202-story.html
Posted by California Policy Issues at 11:04 AM