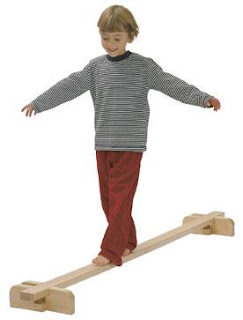 You may see headlines about a recent court decision related to last year's budget conflict between the legislature and the state controller.  Voters passed an initiative lowering the requirement to pass a budget from two thirds to a simple majority but with the stipulation that if a balanced budget was not passed by June 15 (the constitutional deadline), legislators would lose a day of pay for each day beyond June 15.

The state controller refused to pay the legislature because in his view it had not passed a balanced budget.  This refusal was widely interpreted (incorrectly) in the news media as based on the idea that the revenue forecast was not realistic.  But that is not what happened; the actual budget that was eventually passed had unrealistic revenue projections but the controller accepted it.  What the controller objected to was that the hastily passed first budget didn't meet various technical requirements.

So the court decision seems to mean that not only can the legislature invent revenue and say the budget is balanced, it also can decide whether the budget meets various technical rules.

The bottom line is that the legislature can do what it eventually did last year - project revenue that is unlikely to materialize and determine for itself what technical rules apply - and declare the budget balanced.  Such a budget can be passed by a simply majority which the Democrats have.  The result for UC is that we are unlikely to have long periods beyond July 1 when no budget is in place in the future. That doesn't necessarily mean UC will get more money; but it does mean somewhat less fiscal uncertainty for the university.

A news article on the court decision can be found at:
http://www.sacbee.com/2012/04/25/4440254/california-legislature-tentatively.html