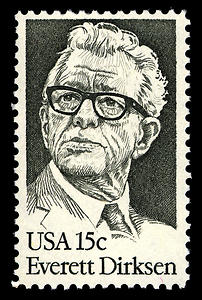 An earlier post noted the supposed quote of Everett Dirksen, GOP minority leader in the U.S. Senate in the 1960s (talking about the federal budget): “A billion here, a billion there, and pretty soon you’re talking about real money.”  (Presumably, real money was more than the 15 cents on the picture.) We noted in that blog post that as of that point shortly after income tax day April 17, income tax collections for the fiscal year were running a billion dollars ahead of last year.  Sadly, the fates have not been with us.  As of April 24, the billion dollar lead over last year has eroded to zero.  Moreover, the Legislative Analyst now says:

“April is a key month for the state’s personal income tax (PIT) and corporation tax (CT) collections. April collections of these taxes by the Franchise Tax Board (FTB) and the Employment Development Department (EDD) are nearing their conclusion. To date, results for April alone are on track to be over $2 billion below the administration’s most recent budget forecast for the month. Surprise late April collections remain a small possibility, but if the current trends hold, they suggest that the state's revenues could be a few billion dollars below the administration's January forecast in both 2011-12 and 2012-13.”

According to the latest PPIC poll, 54% of voters say they support the governor's initiative. However, if cuts are to be made, higher ed is a distant second in what they want to protect from further reductions:

The full poll is at:
http://www.ppic.org/content/pubs/survey/S_412MBS.pdf