A billion here, a billion there... 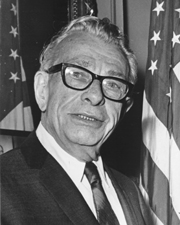 Everett Dirksen, who was the GOP minority leader in the U.S. Senate in the 1960s, was famous for saying (about the federal budget), "A billion here, a billion there, and pretty soon you're talking about real money."

Actually, no one has produced evidence that he really said it.  However, the quote's relevance today is on the latest data from the state controller on the daily intake of income tax payments - which peak in April for obvious reasons.

The daily tracker on the controller's website which was noted in an earlier post on this blog reports that as of April 18, the state intake in income taxes for fiscal year 2011-12 was about $1 billion ahead of where we were last year.  And note, because of various calendar flukes, tax returns were not due until April 17.

The daily tracker is at:
http://www.sco.ca.gov/april_2012_personal_income_tax_tracker.html

Income taxes account for more than half of receipts to the state's general fund.  The other major taxes are the state sales tax and the corporate profits tax.


Of course, at the end of the month - when everything is added up - there may turn out to be less than anticipated:


UPDATE: Still a billion ahead through April 19.
Posted by California Policy Issues at 8:56 AM