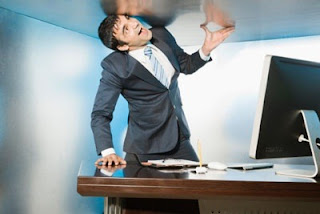 A bill - SB1368 - that would impose a ceiling on pay of state employees of about $174,000 (the governor's salary) is being reviewed at a state senate hearing today. The bill, introduced by a Republican state senator, does not apply to UC but would apply to CSU.  It appears to have been sparked by pay offered to presidents at various CSU campuses.

Even though UC is exempted, thanks to its constitutional position, any such enactment would have an indirect effect on UC pay.  The bill in fact "recommends" that UC adhere to the pay ceiling.


There is likely to be testimony that this ceiling is not a good idea:

UPDATE: Inside Higher Ed has produced tables of faculty pay based on AAUP data. Note that average UCLA pay for full profs is not all that far from the $174,000 proposed ceiling and, of course, an average means that there is a distribution with some well above the average. Note also that private universities are not the targets of such proposed ceilings.  Excerpt below:

Universities with medical schools will have higher averages, ceteris partibus, than those without.

True, medical schools have different averages.
Moreover, what grade
is the "top" salary?
Does this include the
"above scale"
appointments?