Westwood Problems and the Hotel: An Explainer 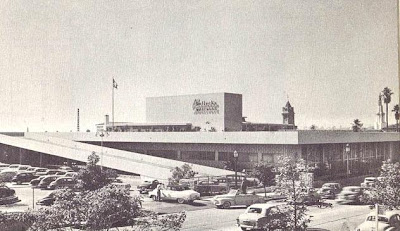 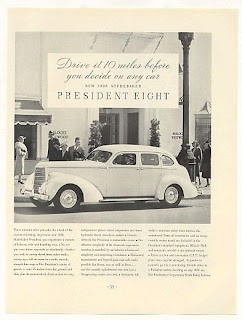 Westwood in the past seemed a more prosperous place than at present.  Above we see Bullocks-Westwood Department Store in the early 1950s (based on the cars depicted) and an ad featuring Bullocks-Westwood in the 1930s.  (The store was rebuilt between the two photos.)  Below we see the same location, now home of a Ralphs supermarket and a Best Buy.  There used to be a drug store also at that location but it closed.  Now it has been announced that the Best Buy will also close. 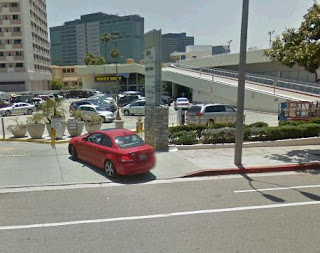 If you walk up Westwood Boulevard from Wilshire towards UCLA, what is notable is the number of empty retail properties for lease.  Below is a composite picture illustrating that development. 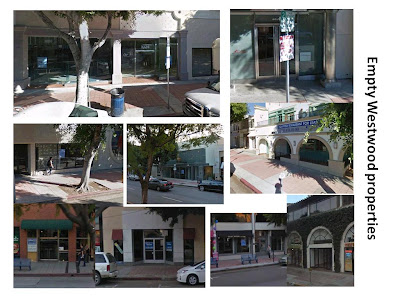 The usual story is that Westwood was doing OK until a gang-related shooting occurred in 1988, killing a bystander.  Afterwards, folks went to Santa Monica, Century City, or other locations for shopping and entertainment.  Westwood formed a Business Improvement District to try to revitalize but a financial scandal in the District led to its termination. Now, another such District has been created to resume the effort. It might be noted that UCLA has been concerned about the economic condition of Westwood and is involved in the new District.  But, of course, the Great Recession hasn't been helpful.

All of this history may help explain why the local hotels and business community have not been enthusiastic about the proposed UCLA hotel/conference center which would keep participants in university programs contained within the campus.
Posted by California Policy Issues at 10:20 AM