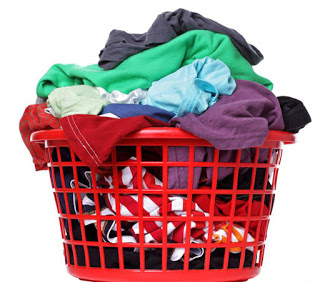 These days, Washington, DC is not the only place where trials of interest are taking place:

Lori Loughlin and other parents charged in the “Varsity Blues” college admissions scheme want access to texts and call transcripts they say contain boasting by mastermind Rick Singer as he tried to woo prospective dates.

Responding to a filing earlier this month from the government, the defendants say Singer’s conversations with women include important information about his alleged lies related to his college and professional connections.

Singer told one woman that he created an organization called “A Better LA with (a well-known West Coast sports figure) to stop the gang violence in LA,” the filing states. In another conversation with a woman, Singer claimed he served as a “life coach” to “30 or so CEOs and 24 NBA players,” the filing also said.

Parents filed sealed exhibits with the court Friday, and the contents and length of the documents are unknown. Federal prosecutors accuse the parents of paying top dollar for bogus athletic recruitment slots at prestigious universities for their children, and recently updated the charges against the defendants. Singer also allegedly lied to another prospective date, saying in an email he coached “collegiately at the highest level,” including Division I schools Indiana University, Texas A&M University and the University of California, Berkeley.

Parents also accuse Singer of talking about possible criminal conduct with family members, including an alleged conversation between Singer and his brother about laundering money from offshore gambling.

The motion was originally filed by defendants David Sidoo and Robert Zangrillo and later joined by other parents including Loughlin and husband Mossimo Giannulli.

Most parents in the case have waived their upcoming arraignments on the fourth superseding indictment, and Loughlin and Giannulli are likely to do the same after waiving their second and third arraignments on indictments last year.

Coaches fighting federal charges in the scheme are also locked in a similar fight for evidence, and have begun issuing subpoenas to entities including UCLA and the University of California Board of Regents.

A hearing on the parents’ fight for evidence may happen within weeks, as court documents have listed tentative dates of either Feb. 11 or Feb. 14.

Note that these cases are in the hands of federal prosecutors. UC, UCLA, and UC-Berkeley can't control the outcome or make some kind of private "settlement." If there is dirty laundry, it is likely to become public.
Posted by California Policy Issues at 7:35 AM