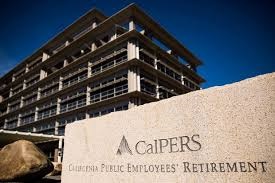 Most UC employees are not involved with CalPERS, the state retirement plan that covers most non-UC state employees and many local public employees. However, when CalPERS began offering long-term care insurance policies, UC employees were allowed to buy them and some did. After a few years, however, the rates were substantially jacked up. Participants were then faced with either paying far more than they expected, taking a cut-rate policy instead, or just dropping their coverage.

Not surprisingly, litigation developed. Settlement talks are now underway, as the article below describes. Note that CalPERS' position is that any monetary deal it makes will be financed by further premium hikes. From the Sacramento Bee:

A retired judge is now managing settlement talks between CalPERS and a group of people suing the retirement system over its long-term care insurance policies, according to court filings. The development shows settlement efforts in the $1.2 billion class-action lawsuit haven’t faded since they started in September. Policyholders filed the lawsuit in 2013 after the California Public Employees’ Retirement System notified them it was going to raise their insurance premiums by 85 percent.

Judge William Highberger, who is overseeing the lawsuit in Los Angeles County Superior Court, appointed Layn Phillips, a retired judge, as a “settlement master” in December to oversee the talks, according to a court filing. The appointment expands the role of Phillips, who oversaw at least three settlement talks from September to November as a mediator. Included in his new role is the authority to communicate with Gov. Gavin Newsom’s office and the state Finance Department regarding settlement talks, according to Highberger’s order appointing him.

A CalPERS spokesman said Monday the system does not discuss mediation. CalPERS has said that any money that might be paid as a result of the lawsuit, whether in a settlement or a judgment, wouldn’t affect the $400 billion fund from which the system pays retirees’ pensions. In past statements, CalPERS said the money likely would come from rate increases on long-term care insurance policyholders...

Full story at https://www.sacbee.com/news/politics-government/the-state-worker/article239699563.html
Posted by California Policy Issues at 9:53 AM