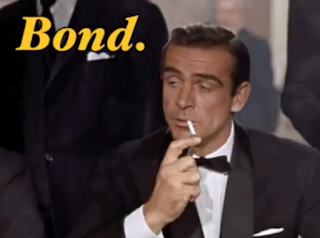 Blog readers will know that there will be a bond measure for education - including UC - on the ballot in the next general election.* It will be called Proposition 13 - not to be confused with Prop 13 of 1978 which cut property taxes. It's not clear if calling the bond measure Prop 13 will help or hurt, particularly since there could also be a ballot proposition that would amend the old Proposition 13 to increase non-residential property taxes.

Anyway, the Public Policy Institute of California (PPIC) has polling data on the new Prop 13:

Last year, the legislature passed and the governor signed Assembly Bill (AB) 48, placing Proposition 13 (the Public Preschool, K–12, and College Health and Safety Bond Act of 2020) on the March ballot. When read the Proposition 13 ballot title and label, which states that the measure authorizes $15 billion in general obligation bonds for construction and modernization of public education facilities, 53 percent of likely voters would vote yes; 36 percent would vote no, and 10 percent are undecided. In November, 48 percent said yes, 36 percent said no, and 16 percent were undecided. Today, Democratic likely voters (78%) are far more likely than independents (40%) and Republicans (26%) to support Proposition 13. Regionally, support is higher in the San Francisco Bay Area (58%) than elsewhere. Latino likely voters (65%) are more likely than whites (47%) to support this measure; 66 percent of likely voters in other racial/ethnic groups would vote yes. (Sample sizes for Asian American and African American likely voters are too small for separate analysis.) Support for Proposition 13 is much higher among likely voters age 18 to 34 (76%) than among older likely voters (50% 35 to 54, 46% 55 and older). Those with annual household incomes under $40,000 (71%) are more likely than higher-earning residents (48% $40,000 to under $80,000, 53% $80,000 or more) to express support. A majority of likely voters with (54%) and without (53%) children 18 and under in the household would vote yes, while renters (67%) are far more likely than homeowners (45%) to be supportive.
Given the 53% support among "likely voters," the measure's fate will depend on the level of campaigning for and against.