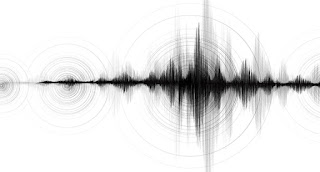 Remember the Harvard admissions case in which Harvard's version of taking race into account was on trial? The case was ultimately decided in Harvard's favor and that lower-court verdict is now on appeal. Conceivably, the case could eventually reach the U.S. Supreme Court which is what the plaintiffs intend. At issue was a claim that the various evaluation methods for admissions used by Harvard on its applicants discriminated against Asian-origin people.

During the trial, Harvard put various Asian students on as witnesses (who, of course, had been admitted) as part of its defense. Now there are repercussions, as reported in the NY Times:


The news spread quickly, angering Latino students and others at Harvard: One of the few professors who specialized in Latino and Caribbean studies and devoted time to mentoring students of color had been denied tenure.
The students sprang into action, occupying an administration building last month and also disrupting a faculty meeting. They submitted a letter to administrators demanding transparency about the tenure process and the creation of an ethnic studies department. And on the day in December that early admissions decisions were to be released, black, Latino and Asian students protested in the admissions office, accusing the university of using them as tokens in its professed commitment to diversity, while failing to invest in academic areas critical to their lives.
It is an unsettled moment at Harvard. The university is still fighting a lawsuit challenging its use of race-based affirmative action in admissions; a district court judge ruled in Harvard’s favor in October, but the plaintiffs are appealing.
But at the very moment that Harvard is defending its use of race in admissions, citing diversity as a key component of the education it provides, students of color are saying that once they are on campus, Harvard devalues their history and experiences and fails to retain professors who support them.
Several students who testified during the legal challenge to Harvard’s admissions policies, saying it was important for the school to be able to consider race in admissions, are now among those criticizing the decision to deny tenure to the professor, Lorgia García Peña.
One of them, Catherine Ho, 20, a junior, took part in the December protest at the admissions office, where students held signs with messages like “After You Admit Us, Don’t Forget Us!” and “Want Diversity? Teach Our Histories!”
Ms. Ho, who is Vietnamese-American, accused Harvard of using her and other students who testified to burnish its image at the trial and afterward, while refusing to listen to what they said they needed in terms of resources once they got to campus.
“I am tired of Harvard using my story without giving me ethnic studies so I can fully understand what my story even means,” Ms. Ho said during the protest, to cheers from the other students. She added, “Harvard, stop using our stories when you won’t listen to us.” ...

Lawrence S. Bacow, Harvard’s president, has declined to discuss the reasons for denying Dr. García Peña tenure, citing the confidentiality of the process...

Full story at https://www.nytimes.com/2020/01/02/us/harvard-latinos-diversity-debate.html
Posted by California Policy Issues at 7:52 AM