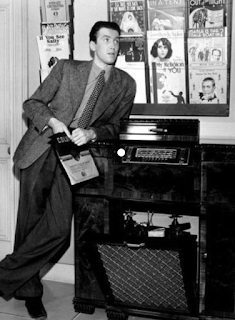 The first day of the January Regents meetings consisted of the Investments Committee and the Special Committee on Basic Needs. (The second day involved a marathon session of the full board about which we will have to delay coverage.)

At the Investments Committee, there was a light air as returns on investments were well above normal for the year ending December 31, 2019. The basic pension, for example, earned 18% over that period. There are $132.6 billion in funds under the authority of the chief investments officer, Jagdeep Bachher, who has recently received a large bonus for his efforts. Of that, the basic pension accounts for $73.6 billion with the rest consisting of the endowment, the captive insurance entity, individual savings accounts, short-term investments, etc.

After the discussion of investment returns and outlook, there was discussion of the "diversity" of the financial services industry, and - in particular - of the various financial service firms under contract with UC. A study was done of 106 of such firms. All but 8 answered. Sixty-three were characterized as non-diverse with the rest (of those that answered) with varying degrees of diversity. "Diversity" was defined as women, Latinx, Native Americans, Blacks, Asian and Pacific Islanders, veterans, and disabled persons. The characterization of firms seemed to involve both ownership and/or individuals managing funds for UC. Regent Park was particularly interested in what next steps might be taken.

The Basic Needs session focused on students who were also parents. It was said that relatively few undergrads fell into that category - a number in the 1% range was quoted - but a larger fraction of grad students (around 12%) did. The discussion revolved around housing and food issues primarily, and various programs around UC. It appears that students who are parents aren't systematically identified when they apply for admission. If problems arise, they become known after enrollment.

You can hear the two January 21st sessions at:

or direct to:
https://archive.org/details/1regentsinvestments12120edited
Posted by California Policy Issues at 6:49 AM