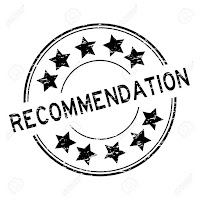 CUCEA and CUCRA are the two systemwide organizations for retirees of UC. The two organizations maintain a Joint Benefits Committee (JBC) to detail with concerns of mutual interest. The Regents, perhaps inadvertently, changed the standard for automatic award of emeritus status across the campuses to all retirees who were members of the Academic Senate. In the past, all such retirees automatically received such status upon retirement. The Regents, however, changed the rule to apply only to ladder faculty with tenure. This change potentially adversely affected primarily med school faculty with "in residence" and "Clinical X" titles (who don't have tenure). Certain other categories were also adversely affected outside medical faculty.

As in the past, those without automatic conversion to emeritus status could still be awarded that status by Academic Senate action on a case-by-case basis.

At UCLA, a workaround has been enacted, that effectively maintains the previous practice. What may happen at other campuses is unclear. Even the UCLA workaround could conceivably be challenged at some future date. As a result, the JBC has made a recommendation to return to the prior arrangement which is reproduced below:

Much of the work of the JBC concerns retirement benefits: UCRS, Health care, efficient operation of RASC, and other benefits offered to productive and committed retirees of UC. For retired faculty one of the most important benefits is Emeriti/ae status.[a] Emeriti status recognizes the same accomplishments that earned promotion to tenured titles such as Associate Professor or Professor. However, we fully recognize that similar accomplishments are required for promotion in other Professor series such as Professor In-Residence, Professor of Clinical X or other valued faculty such as Security-of-Employment Lecturers. In the case of In-Residence and Clinical X professors, they do much of the teaching and research in UC’s Medical Centers, almost always without state-supported salary. These alternative series faculty are members of the Academic Senate and many have served in leadership roles on campus committees and the Academic Council. They continue this commitment to UC as Emeriti, and they have served as Vice Chair and Chair of CUCEA.

The JBC believes that all Academic Senate faculty in alternative series where promotion is merit based should be automatically offered Emeritus/a Status at retirement.

Some history and arguments for the JBC position:

1. During the academic year 2017-18 the UC Regents engaged in combining /simplifying their Standing Orders/Policies. SO 103.5 and Policy 1203[b] concerned emeritus/a status for retiring faculty, staff and Regents who completed their terms. This particular issue seems to have been considered quickly and policy changes were approved at the Regents May 2018 meeting (Item G2)[c]. One change was to confer Emeritus/a status only to retiring Professor and Associate Professor faculty (‘regular’ or ‘ladder-rank’ faculty) rather than automatic conferral of the Emeritus/a title to all retiring Academic Senate faculty (status quo ante).

3. The Regents Item G2 May 2018 accepted changes submitted by the President in consultation with the Academic Senate and UC Provost.

4. This change removed an automatic honorific title (‘Emeritus/a’) to some retiring Academic Senate members (health sciences In-Residence, Clinical X plus some astronomers, agronomists, Lecturers with Security of Employment, maybe a few others) with no clear benefit. The granting of the Emeritus/a title has essentially no financial cost.

5. The changed Regents Policy allows the Senate to make recommendations to the President for granting of Emeritus/a status to faculty. However, such policies are to be adopted on each campus, with possible greater variability in awarding Emeritus/a status to retiring non-ladder rank faculty than the status quo ante in addition to extra costs to administer review of retiring faculty to receive Emeritus/a status.

6. The Draft APM 120 covers Emeritus/a issues and proposed changes that will bring it into compliance with the current Regents Policy 1203 and has been distributed for systemwide review. In addition to suggesting possible edits to the document, the JBC requests that CUCEA and CUCRA ask the Academic Senate to recommend that Regents Policy 1203 also be changed to reflect the status quo ante before May 2018, returning the automatic granting of Emeritus/a status to retiring Academic Senate faculty, rather than only to retiring ladder-rank faculty.

7. There may not have been a complete understanding of this change when the Academic Council unanimously approved it in October 2017. Council minutes of 2016-8 do not reflect any discussion of this issue before October 2017, the issue was not on the Council’s agenda in advance of that meeting, and the proposed changes were distributed the evening before the meeting. The minutes erroneously reflected that automatic conferral of Emeritus/a status only to ladder-rank faculty already was in place at the time of this meeting, when in fact such status at that time was granted to all Academic Senate faculty retirees.

9. JBC will also review the proposed changes in APM 120[e] and make suggestions for changes in addition to the issue outlined in paragraphs 1-8 above.

[a] Here is the UC Berkeley statement of Emeritus/a privileges and benefits. Other campuses have similar or identical benefits https://ofew.berkeley.edu/welfare/retirement/privileges-and-benefits-conferred-upon-emeriti

[b] Regents Policy 1203 adopted May 2018 – C.1 shows automatic Emeritus/a status for Prof/Assoc Prof with C.2 allowing the President or designee to bestow Emeritus/a status to other Academic Senate faculty retirees after ‘recommendation of the Senate’. https://regents.universityofcalifornia.edu/governance/policies/1203.html

[d] There may have been a campus survey on this point, but the results can’t be located now.

Academic Council Minutes October 2017 – Item VI. Emeritus/a Policy – Minutes inaccurately state that ‘under current policy, emeritus status is conferred on every professor and associate professor upon retirement. It may also be conferred on other members of the Academic Senate with the approval of the Senate . . . .’ https://senate.universityofcalifornia.edu/files/committees/council/council-10-25-17-minutes.pdf
Posted by California Policy Issues at 11:23 AM