Buttering Up the Governor 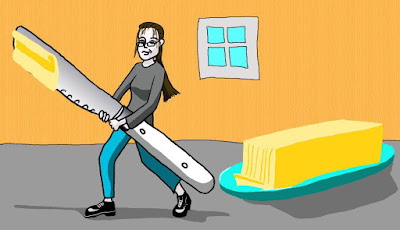 If you looked at the two prior posts on the governor's proposed budget, you will know that he didn't exactly dump money into UC's bowl.

But, on the other hand, he wasn't Jerry Brown either. He hasn't been showing up at the Regents now that he is governor with lots to do, as opposed to Lt. Governor with nothing to do. There is no "Committee of Two" being formed, as there was under Brown, to deal with the governor's predilections.

So, presumably, the strategy is to praise the governor, whose attention seems to be on matters other than UC, and then work with the legislature to see what additional funding might be obtained. To the extent the governor mentioned UC in his news conference on the budget yesterday, it was that the Regents et al should look at the two-year rate of increase rather than what he proposes now for next year. The statement below picks up that theme:

UC Office of the President and UC Board of Regents, January 10, 2020

The University of California welcomes the higher education investment in Gov. Newsom’s 2020-21 budget. The budget proposes a funding increase of $217.7 million to our core educational budget as well as one-time funds for select programs. The governor’s spending plan is an important step toward covering the funds necessary to meet UC’s tripartite mission of delivering world-class education, conducting cutting-edge research and providing public service that benefits California and beyond.

Among other support, the governor’s spending plan provides critical, continued funding for the UC Riverside School of Medicine and the UCSF Fresno branch campus, helping to expand medical care access to underserved communities in California. Moreover, the proposal also invests in much-needed research on wildfire preparedness as well as crucial legal services for UC’s immigrant students.

The governor’s budget reflects an ongoing commitment to higher education by building upon last year’s budget increase to UC. The University will continue to look for opportunities to collaborate with the governor and Legislature to expand access and affordability for California undergraduates, boost graduate student enrollment, support on-time graduation and close achievement gaps among first-generation and underrepresented students. UC appreciates the governor’s strong continued support of higher education and looks forward to our ongoing partnership.

Source: https://www.universityofcalifornia.edu/press-room/statement-uc-board-regents-chair-p-rez-and-uc-president-napolitano-gov-newsom-s-budget
Posted by California Policy Issues at 8:00 AM